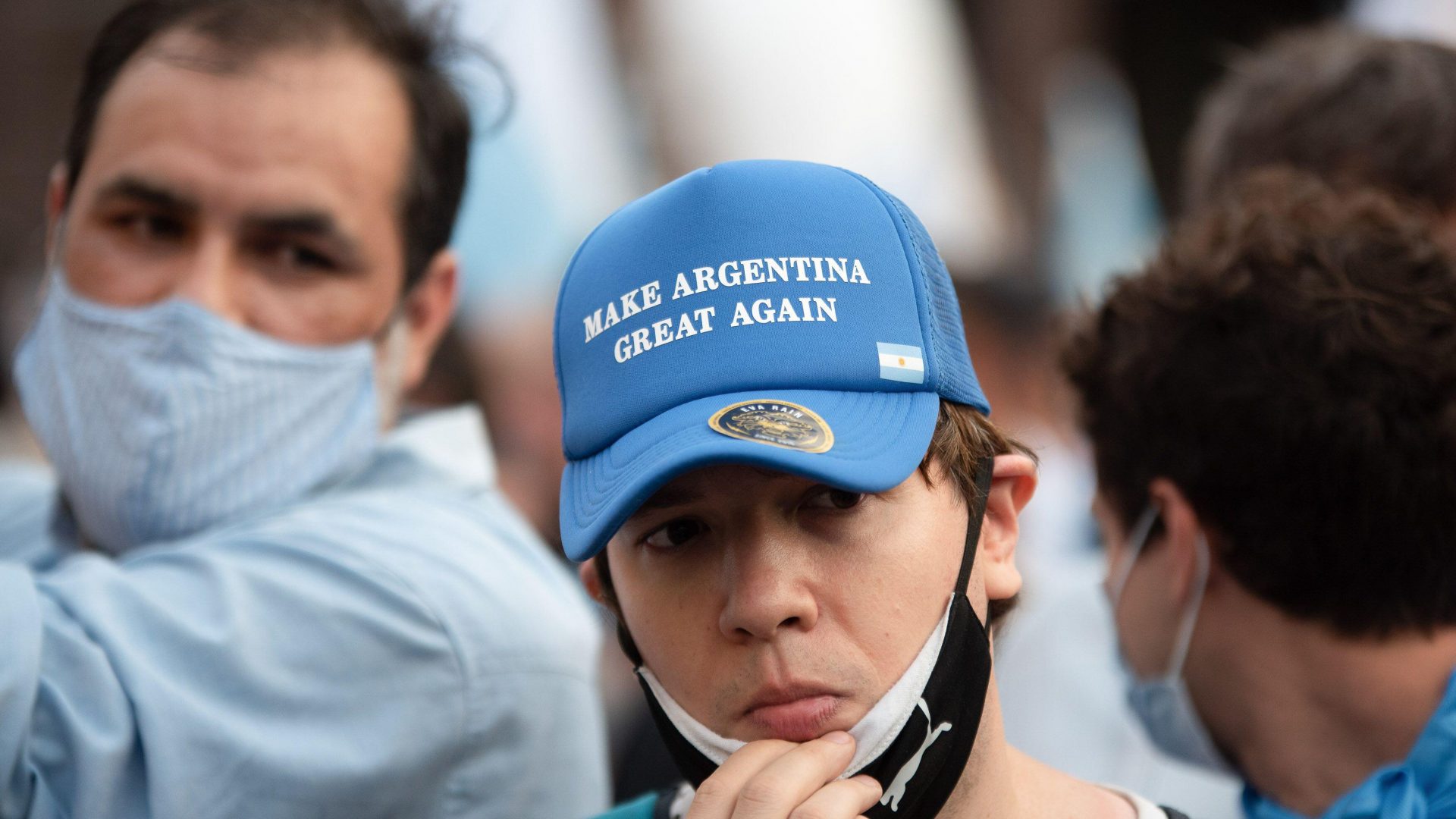 (S&P Global, 15.Nov.2021) — Argentina is facing a period of economic and political volatility after the Nov. 14 midterm legislative elections that could cap growth in natural gas production as companies take refuge in crude oil until conditions improve, including for projects to increase much-needed gas transport capacity, executives and an analyst said.

The ruling left-wing party, Frente de Todos, is poised to lose seats in Congress, as its poor management of the COVID-19 pandemic, a worsening economy, weakening currency, 52% inflation and rising crime, poverty and unemployment rates sour voter confidence in President Alberto Fernandez’s management of the country.

A recent survey by Management & Fit, a polling company, found that approval of his administration tumbled to 27% in October from a peak of 57% at the start of the pandemic in March last year. Indeed, Fernandez’s government suffered a drubbing in the all-party primary in September for this election.

The election results could play out in various ways for the oil industry until the 2023 presidential election, according to most analysts.

If Frente de Todos improves on its result in the primary, which is not likely, Fernandez will be in a better position to sustain his power in his own party to press ahead on an energy agenda aimed at ramping up the development of Vaca Muerta, a huge shale play in northern Patagonia, and building pipelines and other infrastructure to sustain that growth.

But if he fares worse than in the primary, which is more widely anticipated, then the far-left faction of Frente de Todos, led by Fernandez’s vice president, former two-term President Cristina Fernandez de Kirchner, and her son, Congressman Maximo Kirchner, likely will make a play for more power, leading to a stormy political environment that may discourage new investment.

At the same time, Juntos por el Cambio, the main opposition party led by the right-of-center businessman Mauricio Macri, Argentina’s president from 2015 to 2019, likely will use its newfound power in Congress to block most government initiatives to weaken the party in a bid to run to regain the presidency in the 2023 election. This means, for example, that a government bill to promote investment to increase oil and natural gas production with fiscal incentives may not be approved.

Jose Luis Sureda, an oil analyst and former national secretary of hydrocarbons, warned that the post-election period will be problematic.

Fernandez, he added, is at risk of becoming a lame duck in his last two years of office and may wind up resigning at the pressure of his more powerful vice president, who ran the country from 2007 to 2015 and was the first lady for four years before that. Such a scenario could bring social protests as the economic and institutional health of the country worsens, he added.

With this expected surge in uncertainty, oil producers are likely to take refuge in oil over gas.

This makes sense. For one thing, Brent, the international reference price followed in Argentina, is expected to remain high at $75/b to $85/b for the time being, an incentive for producers to step up exports. A gainer could be Medanito, a sweet light crude from Vaca Muerta and conventional reserves in the Neuquen Basin. It is trading internationally at a discount to Brent as low as $1/b.

Another reason for the shift to oil is that there is an estimated 360,000 b/d of oil pipeline capacity proposed for construction to increase deliveries out of Vaca Muerta, which has been driving the country’s overall production growth that reached 533,000 b/d in September, up from a most recent low of 448,000 b/d in May last year.

He cautioned, however, that investment in upstream oil activities will be limited to free cash flow, given that the expected political uncertainty will discourage any big new developments.

“Nobody is going to take on debt to invest in Argentina,” Sureda said.

Indeed, Argentina’s state-backed YPF, the biggest oil and gas producer in the country, is focusing on increasing investment to as much as $3.5 billion next year from $2.7 billion this year, with a focus on oil and refinery upgrades.

YPF CFO Alejandro Lew said, however, that the company will be prudent with its investments, including by scaling them back if there is a decline in its free cash flow, now at about $1 billion.

“There is a tremendous opportunity to add value by accelerating the development of our shale resources, primarily the shale oil resources,” Lew said during a Nov. 10 conference call with investment analysts. “But the only way to seriously or sustainably do that is by maintaining a prudent financial framework.”

On the call, YPF CEO Sergio Affronti said an extension of the existing caps on diesel and gasoline prices could limit its free cash flow for investment as the government seeks to rein in inflation.

Gas production is expected to hit a ceiling next year.

There are resources in Vaca Muerta, one of the world’s biggest shale plays, to make the country a global supplier during the transition to net-zero carbon emissions, but new pipeline capacity must be built as well as export facilities. The government has a project for a new pipeline with 40 million cu m/d of capacity — nearly 30% of the 140 million cu m/d average domestic demand, but it has been struggling to come up with the $1.8 billion in financing to build it.

Until the line is built, producers likely will increase output, now at 133 million cu m/d, to fill existing capacity and to step up sales over existing pipelines to Chile, where demand is expected to rise.

The pipeline for moving gas out of Vaca Muerta to the domestic market likely will hit maximum capacity next winter (June to August), capping any further production growth expect for delivering smaller amounts to Chile, Pampa Energia CEO Gustavo Mariani said during a Nov. 11 conference call with investors.

Mariani said this is reason enough to build the new pipeline, as it will allow producers to step up the development of Vaca Muerta to reduce and then scrap imports of costlier supplies. The local cost of gas is about $3.50/MMBtu, half that of Bolivian imports and four- to five-times less than LNG, he said.

“The cost of building this pipeline will be repaid in a year to a year and a half, two years,” he said.

But will the government come up with the financing?

Even so, Sureda believes that the government will push through with the pipeline project. Without it, Argentina will be exposed to importing more gas — as well as diesel and fuel oil for power plants — at higher prices than local supplies at a time when it is running low on dollars. The dollar reserves have fallen to a dangerously low $43 billion from $77.5 billion in April 2019 at a time when the country has no access to international financial markets because of debt defaults in 2019 and 2020 and the lack of a new loan program with the International Monetary Fund, talks for which have been under way for more than a year.

Sureda warned that an increase in gas, diesel and fuel oil imports would exasperate the financial crisis, while shortages or higher bills would likely incite social protests and worsen the government’s chances even more for reelection in 2023.

“The result of all of this is companies are not going to do much because of the high level of uncertainty,” Sureda said.