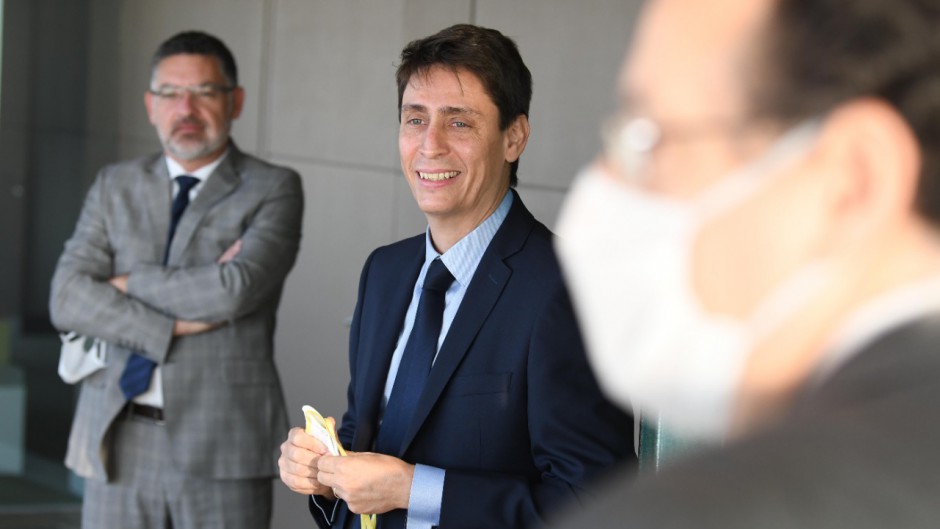 (S&P Global, 10.Nov.2021) — YPF, the biggest oil producer in Argentina, expects to post higher-than-expected oil production growth this year as it steps up drilling in the Vaca Muerta shale play to set it up for a continued rise next year, CEO Sergio Affronti said Nov. 10.

“Shale oil production could end the year above previous expectations, providing for a better entry point into 2022,” he said on a conference call with investment analysts. “There is upside in crude.”

In March, the state-backed company said it would invest $2.7 billion this year with a target of increasing crude production by 5% and gas by 9% in the second half of this year from the year-earlier period, taking the full-year average output of oil to 208,000 b/d in 2021 and 35 million cu m/d in gas, or largely flat compared with 2020.

YPF has been making headway on this goal by targeting its asset portfolio in Vaca Muerta in northern Patagonia, one of the world’s biggest shale plays. Its overall crude oil production rose 3.5% to 209,400 b/d in the third quarter of this year from 202,400 b/d in the year-earlier quarter, as a 28% increase in shale oil output to 52,100 b/d offset a 2.6% decline in conventional production to 153,800 b/d and a 5.5% decline in tight output to 3,500 b/d, according to company data.

While gas output grew faster in the third quarter than oil, Affronti said that was because the company had ramped up gas drilling to meet local demand as part of a price incentives program. Argentina, which relies on gas for half of its energy needs, consumes more of the hydrocarbon in the colder months of May to September, meaning that it made sense for YPF to increase output.

There is a limit on how much more gas production can increase, however, because the pipelines moving the product out of Vaca Muerta are running out of available capacity.

The federal government is working on a two-year project to expand the capacity of the existing pipelines and build a new $1.8 billion line to increase the evacuation capacity by more than 40 million cu m/d from the shale play. Argentina’s financial crisis now in its fourth year, however, has limited the capital available for such a big project, and turned away potential builders and financiers as well.

“As long as those new pipelines are not in place, we see current natural gas production being relatively stable in the near future,” Affronti said.

Without much room to expand gas output, YPF will focus on oil, Affronti said.

“We are already ramping up activity and production in crude oil, and we expect that to continue going forward,” he said.

This will lead to “significant improvement and growth in our crude oil production,” he added.

YPF declined to provide investment and production targets for next year, saying these numbers are still being fine tuned.

In the local press, analysts and government officials have suggested that capital expenditures could increase to $3.5 billion next year from $2.7 billion this year.

On the call, YPF CFO Alejandro Lew said that the company plans to finance most of its investment next year out of cash flow, the cashing-in of tax credits and the collection of account receivables, and less so from asset sales.

Affronti said that any assets sales will be of those outside its core developments.

“We continue to see potential M&A activity as a way to optimize our portfolio rather than as a critical funding source,” he said.

This could include small divestments of assets outside its core projects in Vaca Muerta, as well as some mature conventional fields, he added.

With the rise in its oil output, led by light crude from Vaca Muerta, YPF plans to trim purchases from third parties for its three refineries.

Another project starting next year will be to upgrade its refineries to produce higher-grade diesel and gasoline projects, both executives said.

The downstream business, however, has suffered from government controls on prices designed to stem inflation, which surged to nearly 53% in September from 36% in December last year.

The result of the price controls and an about 10% oil export tax is that local crude prices were $55/b in the third quarter of this year, less than the current $82/b price of Brent, the international reference price followed in Argentina.

Affronti said YPF, which has a 55% share of diesel and gasoline sales in Argentina, will raise pump prices “in the coming months” to close the gap between local and Brent prices, adding that the target is to reach the $75/b floor price that Brent is expected to trade at in the medium term.

“We are convinced that having local prices adequately referenced to international parities is the way to ensure the healthy and sustainable development of our sector, enabling the true potential of our world-class hydrocarbon assets,” he said.