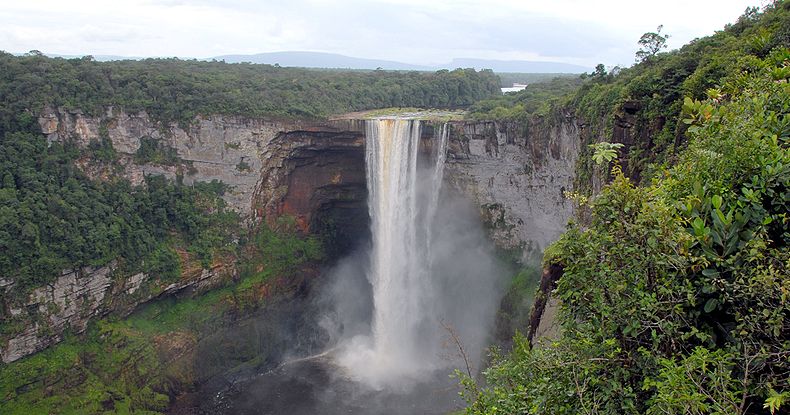 (News America, 5.Oct.2021) — This year, the world has become increasingly aware of a global energy shortage as well as the irreversible damages of climate change. Throughout Europe, gas prices have tripled due to a fall in inventory meeting a fast-recovering global economy. Reduced wind power, which accounts for roughly 10% of Europe’s power generation, and droughts in Latin America, where hydropower accounts for 60% of power generation, have exacerbated the situation. China’s central government, fearful of blackouts during the coming winter, has ordered state-owned companies to secure energy supplies at all costs.

At a conference in September, Guyana’s Vice President, Bharrat Jagdeo, asserted that the country has the right to develop the nine billion barrels of oil that it recently discovered 120miles off its coast. Jadgeo claims that it is unfair for Guyana to leave the resource at the bottom of the ocean while existing producers continue to pump oil to meet growing energy demand. Most developed countries have already profited from exploring their own natural resources, which Jagdeo believes is also a prerogative among developing countries.

At US$80 per barrel, Rystad Energy predicts that Guyana’s total oil income could reach US$310 billion dollars. In 2020, 43% of its population lived with less than US$5.50 a day and its GDP per capita was just under US$7,000.  If the oil monies are well-spent and transparently managed, this could transform Guyana’s economy to one of the wealthiest per capita in the world.

Although predictions vary for when oil will reach “peak demand,” it does not appear it will happen before 2030. The OPEC’s secretary general used the current energy crisis to warn that the world should expect more supply shortages unless there is increased investment in new oil-and-gas developments. The OPEC cartel, whose members account for roughly 70% of global oil reserves, added that US$11.8 trillion in oil-and-gas investment is needed through 2045 to meet growing energy demand.

Oil-and-gas projects that proportionally provide the most economic benefits to a country, while emitting the least amount of emissions, should be prioritized. This should be measured through indicators such as the improvement of the country’s human development index, the creation of new employment opportunities, total carbon emissions vis-a-vis other projects and wealth generated per capita. In comparison to many other heavy crude oil developments, Guyana and Suriname have both discovered light, sweet crude, which produce less emissions at a lower breakeven cost. The two societies have also been historically poor, with endemic corruption and unemployment.  In the lens of fairness, the development of their fields makes more sense than the exploration of new oil blocks in places such as Saudi Arabia and United Kingdom’s North Sea.

To ensure that developing countries obtain the necessary capital to develop their energy sectors, the Center for Global Development also proposes that certain countries be exempt from a ban on financing fossil fuels. Under its suggestion, countries with a per capita gross national income under US$1,185, emissions below 2 tons of CO2 and energy consumption below 2MWh would still be eligible for fossil fuel financing from development agencies such as the World Bank and the IMF.

This does not mean that Guyana, Suriname, and other poorer oil economies should be free of responsibilities to the outside world. Both Guyana and Suriname’s oil-and-gas exploration should be coupled with Carbon-Capture-And-Storage-Utilization (CCSU) technologies, widespread electrification of its operations and strict flaring limits.

Improving leak detection and repair programs, while implementing vapor recovery units and operational efficiencies, will also significantly reduce methane leaks in natural gas projects. Guyanese officials could take these learnings to build a state-of-the-art 300MW gas-to-shore power plant that replicates the Alam cycle plant in Texas. The Alam plant captures all CO2 and stores it in a pipeline to be either stored or used in certain industrial processes such as fertilizer production.

As it stands, new frontier oil markets find themselves in a tricky dilemma: investing in new fossil fuel projects while remaining in the good graces of developed countries seeking to meet climate targets.  President Biden just announced an annual pledge of US$11.4 billion in public finance to support climate action in developing countries. Albeit a good start, more funds are needed to develop next generation technologies that will help smooth out the energy transition. With the slow deployment of battery storage solutions, severe underinvestment in transmission lines and a growing global economy, it appears that both Guyana and Suriname still have an important role to play in the world’s future energy supply.