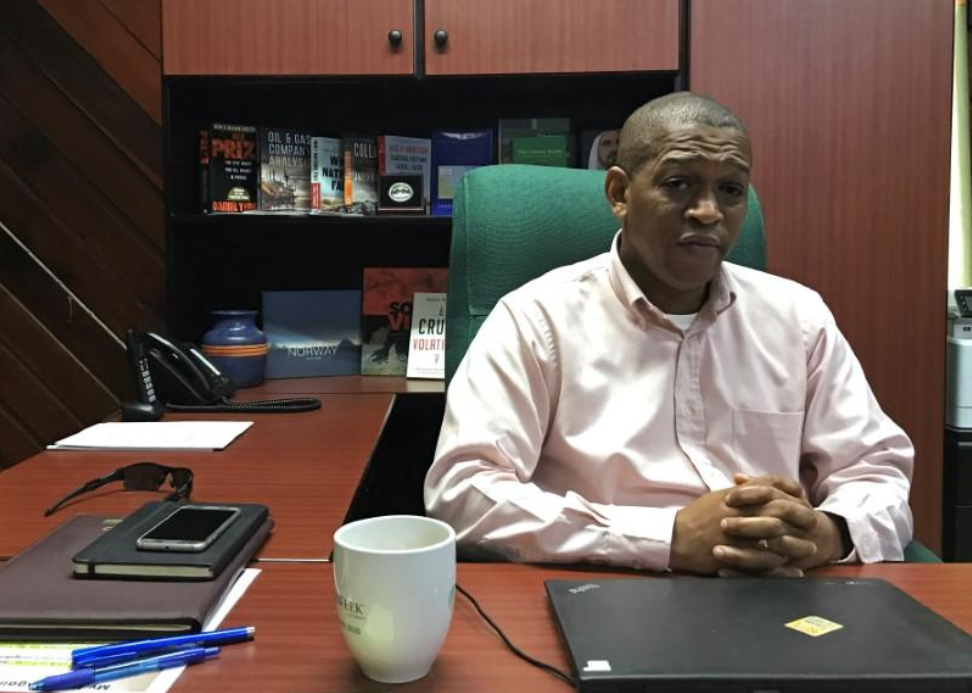 (Reuters, 23.Jan.2020) — Guyana’s government next month plans to begin a search for an oil company or trading firm to market its share of the South American country’s crude, the director of the Department of Energy, Mark Bynoe, said in an interview.

The government is entitled to a portion of the light, sweet crude that a consortium led by Exxon Mobil Corp began producing last month after making 15 discoveries in recent years. The finds are set to transform the economy of Guyana, an impoverished country of fewer than 800,000 people.

With no refining capacity, Georgetown last year began selling its share of crude through open-market tenders, the first one awarded to Royal Dutch Shell Plc for loading the first three cargoes allocated to the government. After that, it will depend on a trading firm to sell its oil to export markets as the state builds up capacity to do so itself, Bynoe said.

“We don’t yet have the kind of back office support that is necessary,” he told Reuters on Wednesday afternoon in his office, lined with books on energy and development including historian Daniel Yergin’s “The Prize.”

“We’re moving to this simpler methodology to be able to ensure that as we build out, we are not losing value.”

Bynoe said the government next month expects to begin asking international oil companies (IOCs) and energy trading firms for proposals to operate as the agent.

But he said the selection would not necessarily be made before Guyana’s March 2 elections, given the length of the bidding and evaluation process after launching the search.

Irfaan Ali, who is challenging President David Granger, has pledged to review the terms of oil deals signed by the current administration. He has argued that the government was not transparent in choosing Shell to lift the first cargoes. Bynoe disputed that.

He said the government invited nine oil companies to present bids because crude from the Liza field was new to the market, and the government wanted to see how it performed in different refineries.

He declined to disclose the price included in Shell’s winning bid.

Latin American nations including Mexico and Ecuador have signed contracts with trading companies in recent years so the firms market a portion of their crude exports. Critics say that by doing so, the countries or their state-run firms can lose an opportunity to obtain better terms by dealing directly with refiners.

After finding more than 6 billion barrels of recoverable oil and gas resources in Guyana, Exxon and its partners Hess Corp and CNOOC Ltd expect to produce 750,000 barrels per day (bpd) of crude by 2025.

Several other firms – including Tullow Oil, Repsol SA and Total SA are also exploring off the coast, though none have yet made commercial finds.

Bynoe said Guyana expects to hire a company within two months to conduct new seismic surveys in the shallow continental shelf and some in deeper waters to provide hints as to where else oil may lie. He later added that after the procurement was complete, the contract could still take some time to finalize.

That would set the stage for a new licensing round for offshore acreage around the second quarter of 2021, he said.

The government is also working on a new template for production-sharing agreements (PSA) that could apply to future offshore development, but Bynoe reiterated that Guyana has no plans to renegotiate the Exxon deal.

The opposition and outside observers have criticized the Exxon agreement, which includes a 2% royalty and 50% profit share after Exxon recovers its costs, as too generous. But the company and the government argue incentives were necessary to attract investment to a risky play.

Bynoe did not specify what could change with the new PSA, parts of which would need to be approved by Congress, but said Guyana’s basin was a less risky play after Exxon’s discovery, allowing the government to “move from a position of greater knowledge.”

He added that the country expected to hire an international consulting firm to help update its petroleum legislation, which was passed in 1986, by next week at the latest.