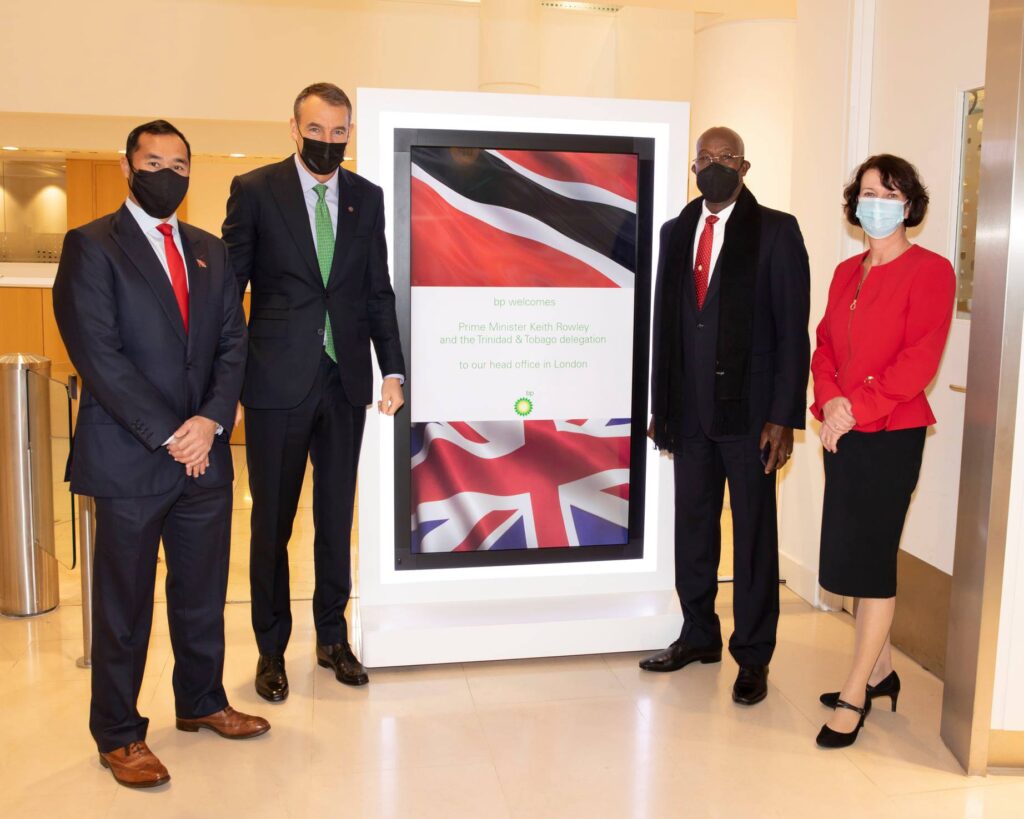 (The Office of the Prime Minister of Trinidad and Tobago, 4.Nov.2021) — Prime Minister Dr the Honourable Keith Rowley met with BP’s Chief Executive Officer, Bernard Looney at the company’s headquarters in London on Thursday 4 November, 2021.

Minister of Energy and Energy Industries and Minister in the Office of the Prime Minister the Hon Stuart Young and Regional President, BP Trinidad and Tobago (BPTT) Claire Fitzpatrick were in attendance.

During the two-hour meeting, Prime Minister Rowley raised a number of matters for discussion related to the international conversation surrounding the future of the industry.

Mr Looney gave an assurance of BP’s continued commitment to Trinidad and Tobago and discussed the company’s philosophy in an evolving global energy sector. He said that Trinidad and Tobago will continue to play an important role in BP’s asset portfolio.

The parties have also agreed to prioritise the completion of the 112.2 MW solar projects which are a joint venture between BP, Shell and Lightsource BP.