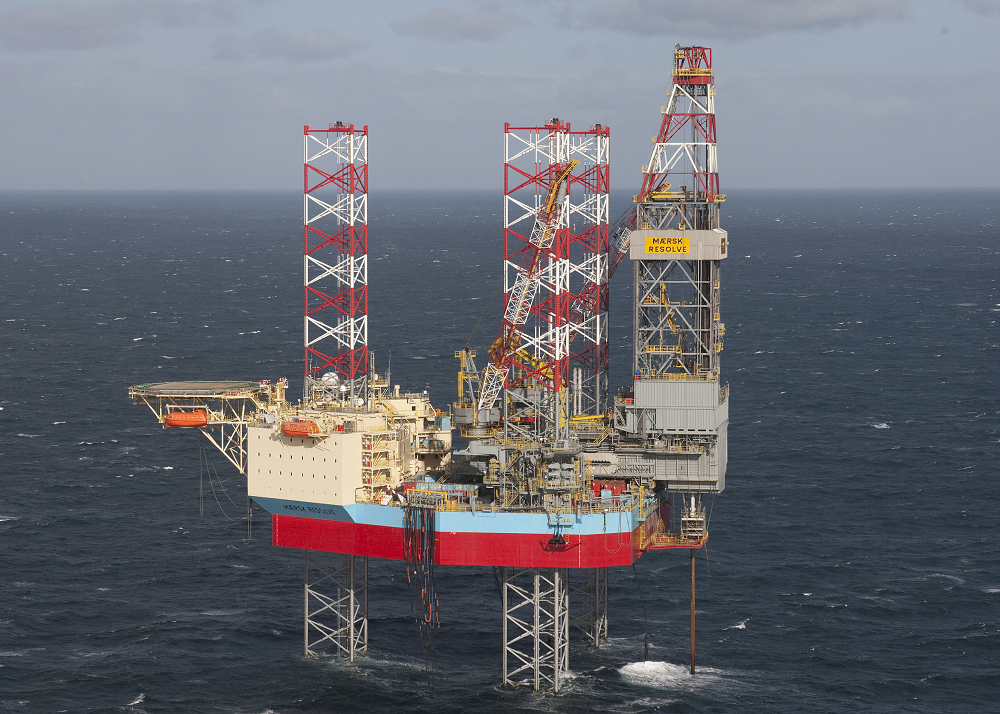 (Maersk, 23.Sep.2022) — Maersk Drilling has been awarded a contract with INEOS E&P A/S for the provisioning of the harsh-environment jack-up rig Maersk Resolve to drill two development wells at the Solsort field as well as performing well intervention work scopes on two wells within the Siri cluster. Both areas are located in the Danish North Sea.

The contract is expected to commence in the first half of 2023, with an estimated duration of 322 days. The firm contract value is approximately $34mn, including additional services provided. The contract includes options to add drilling or plugging and abandonment work scopes at up to nine additional wells.

“We are very happy to be able to confirm that one of our rigs will once again be drilling in Danish waters. The contract for Maersk Resolve is a testament to the excellent relationship we have been building with INEOS, which also includes the exciting Greensand carbon capture and storage project where a Maersk Drilling rig, at the end of 2022, is expected to commence the pilot phase as we kick off the work to establish the first-ever carbon injection well in the Danish North Sea,” says COO Morten Kelstrup of Maersk Drilling.

Maersk Resolve is a 350ft, Gusto-engineered MSC CJ50 high-efficiency jack-up rig which was delivered in 2009. It is currently operating in the UK North Sea for Spirit Energy.