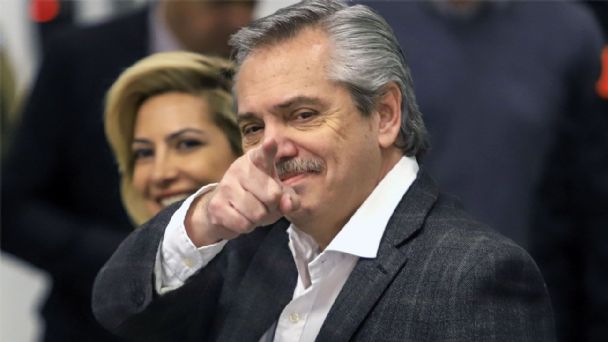 “There is little exploration to find new deposits, and there is very little secondary and tertiary exploitation,” Fernandez said Sunday in a video interview on the news website El Cohete a la Luna. “This has to do with the fact that Argentina fell in love with Vaca Muerta, put all the incentives and efforts there and discouraged conventional production.”

He said he is working with his energy secretary, Sergio Lanziani, on proposals to “incentivize” both conventional and shale developments, not just Vaca Muerta.

Conventional production, the president said, is cheaper, but he added that he understands why companies like Chevron, ExxonMobil, Shell and state-backed YPF have put a focus on developing Vaca Muerta — because the certainty of output and the production potential is larger.

“The reason why everyone turns to the shale is that with a more or less similar investment, the production is higher,” Fernandez said.

Plans for the oil sector

These were some of the first comments by the left-leaning moderate president on his plans for the oil sector since taking power December 10. Before this, Fernandez had only voiced support for developing Vaca Muerta, saying that its production and export potential means it will be a future source of dollars for paying the national debt and financing a fiscal deficit. Argentina is seeking to renegotiate more than $100 billion in debts.

Vaca Muerta is one of the world’s biggest shale plays, on par with US plays, but so far less than 10% of the acreage is in production, with output now at around 100,000 b/d of oil and 37 million cu m/d of gas.

Fernandez has yet to provide a plan for the oil sector, and investment has slowed in conventional and unconventional oil and gas in anticipation of what the proposals could be.

Indeed, the number of frac stages in Vaca Muerta started to decline in August after Fernandez won a primary election that led to his eventual victory. At the same time, a worsening economic recession pushed the conservative government at the time to impose a freeze on diesel and gasoline prices from mid-August to mid-November, cutting profits as the price of oil fell to just above breakeven levels in Vaca Muerta.

The number of frac stages fell to 470 in December from 529 in November, according to data compiled by Houston-based services company NCS Multistage.

The secretariat has forecast that Vaca Muerta could lead a doubling of the country’s overall oil production to 1.1 million b/d in 2030, making 500,000 b/d available for export. Over the same period, gas production could double to 260 million cu m/d in 2030, allowing Argentina to ramp up exports from less than 10 million cu m/d this year to more than 60 million cu m/d by that time, with further growth expected in the subsequent years.