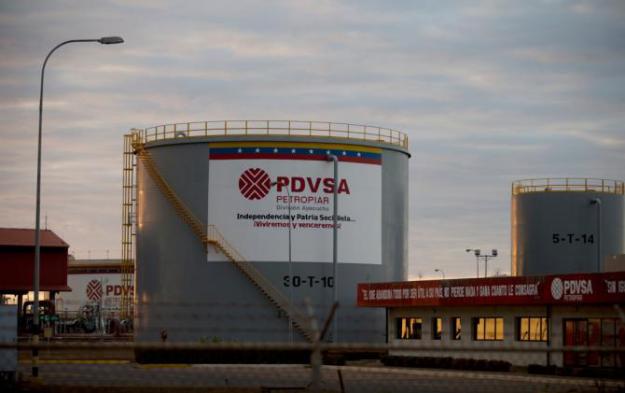 (Energy Analytics Institute, 30.Mar.2022) — Energy briefs including ExxonMobil Angola celebrating an important milestone for the Kizomba A FPSO in its achieving its 1000th crude offload; Petrobras filing its Form 20-F for the year ended 31 Dec. 2021; Ecopetrol (BVC: ECOPETROL;NYSE: EC) reporting that the ordinary General Shareholders’ Meeting approved the amendment to the Bylaws proposed by management; CNOOC planning China’s first offshore CCS project; Chevron Corp. accumulating a debt of around $2bn in Venezuela by continuing operations without being able to carry out its crude oil; and street protests in Buenos Aires, Argentina over social programs.

— ExxonMobil Angola celebrated the important milestone of the Kizomba A FPSO achieved its 1000th crude offload, ExxonMobil Country Manager /Managing Director Melissa Bond announced 30 Mar. 2022 on LinkedIn. Kizomba started up in 2004, and at the time, was the largest FPSO in the world, she added.

— China’s engagement with the Latin American and Caribbean (LAC) region was for many yrs characterized by extensive, state-led finance issued to LAC govts or state-owned enterprises (SOEs). As exhibited in the China-Latin America Finance Database, jointly produced by the Inter-American Dialogue and the Boston University Global Development Policy Center, this finance mostly supported large-scale energy and transport infrastructure projects put forth by govts or cos in Argentina, Brazil, Ecuador, and Venezuela. Read The Dialogue’s recent 1-pg report for more details.

— CNOOC Limited announced 30 Mar. 2022 in an official stmt that it started to construct China’s first offshore CCS demonstration project. Additionally, the co. promised at the beginning of the year that between 2022-24 that the expected annual payout ratio would be no less than 40%, and the annual absolute dividend would be no less than HK$ 0.70/shr (tax inclusive).

— Ecopetrol (BVC: ECOPETROL;NYSE: EC) reports that the ordinary General Shareholders’ Meeting, held on 30 Mar. 2022, approved the amendment to the Bylaws proposed by mgmt. Once the amendment is duly solemnized and registered before the Commercial Registry, Ecopetrol will notify the public of this event by this same means.

— US-based Chevron Corp. has a license that allows it to carry out minimal maintenance ops in Venezuela and “has accumulated a debt of around $2bn by continuing in that country without being able to carry out its crude oil extraction and export operations,” Voz de America reported 30 Mar. 2022. In 2019, before the US imposed sanctions on Venezuela, Chevron produced between 150,000-200,000 b/d, while Venezuela exported some 440,000 b/d to US refineries, Voz de America reported, citing a source w/ knowledge of the industry.