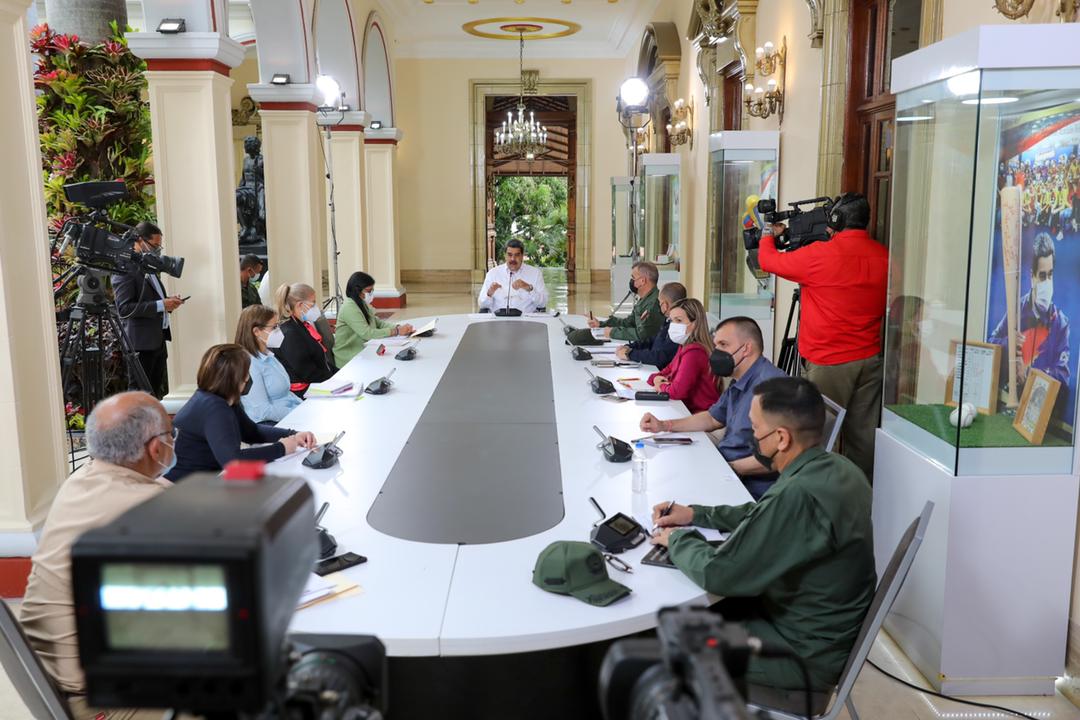 And yet in Venezuela, which has been mired in default for years, when prices ticked higher around that level this week, it marked a sudden sign of growing optimism. As recently as two weeks ago, they were quoted at just 6 cents.

The rally comes in the wake of the Biden administration’s outreach to the Venezuelan government. With Russia’s invasion of Ukraine threatening to cut off a key source of oil, the U.S. is discussing the possibility of lifting some of the sanctions placed on Nicolas Maduro’s regime to allow more Venezuelan oil to be sold in international markets. Biden sent a delegation to Caracas earlier this month to begin negotiations even though the U.S. doesn’t even officially recognize Maduro as the leader of Venezuela.

“It’s quite a positive development,” said Carlos de Sousa, an investor at Vontobel Asset Management in Zurich. “It’s totally unexpected, but I guess the U.S. has to choose to deal with the least bad dictators in the world.”

Traders are speculating that a removal of some sanctions on oil could also lead to a loosening of restrictions on investing in Venezuelan bonds. Currently, U.S. investors are forbidden from buying the country’s debt, which has effectively made it impossible for Maduro to reach a restructuring deal with creditors — something he and his aides have repeatedly said they want to do. European investors, who are not subject to the same sanctions, have been among the most aggressive buyers of the bonds this month, according to traders.

Venezuela and its state-oil company PDVSA first defaulted on some $60 billion of debt in late 2017 and sanctions aimed at toppling Maduro were imposed in 2019 that included a ban on U.S.-based investors from buying the securities. The isolation of Maduro from global financial markets drove him further into the arms of his ally Vladimir Putin. Now, the U.S. is trying to drive a wedge between the two authoritarian leaders.

After the Caracas meeting attended by National Security Council Senior Director for Western Hemisphere Affairs Juan Gonzalez, and the U.S. Ambassador to Venezuela James Story, two jailed U.S. citizens were released in what amounted to the most significant sign of engagement since the sanctions were applied.

Since March 4, Venezuela’s bonds due in 2027 rose to about 9.4 cents on the dollar from 6 cents while PDVSA’s 2022 notes now trade around 7 cents from 4 cents before the meeting, according to data compiled by Bloomberg. Interest and activity have picked up since the trip, according to traders and brokers familiar with the transactions who aren’t authorized to speak publicly.

After the outcry from both Guaido’s camp and U.S. lawmakers critical of the outreach to Maduro, Biden administration officials said any path to sanction relief would require “concrete steps” from Maduro and that no detailed talks to secure Venezuela’s oil are currently ongoing. Crude prices have also pared gains since then.

“The U.S. Administration seems to have walked that back a bit,” said Ray Zucaro, chief investment officer of RVX Asset Management in Miami. “There’s much less pressure than there was with oil at $125.”

Of course — as the prices suggest — many hurdles remain for any lifting of sanctions. Officially, the U.S. doesn’t recognize Maduro as the legitimate leader of Venezuela and despite sitting on the world’s biggest oil reserves, the South American country is pumping just a fraction of what it used to.

But if a restructuring were to occur in the not so distant future, some are already trying to calculate recovery values. Maduro’s economic team has held recent calls with bondholders.

“New buyers will emerge in coming weeks as positive news headlines continue to come from U.S.-Venezuela interactions,” said Dean Tyler, the London-based head of global markets at BancTrust. “Expectations of sanction relief are building, at least in the form of the oil industry sanctions — if not financial instrument sanctions too with some holders.”