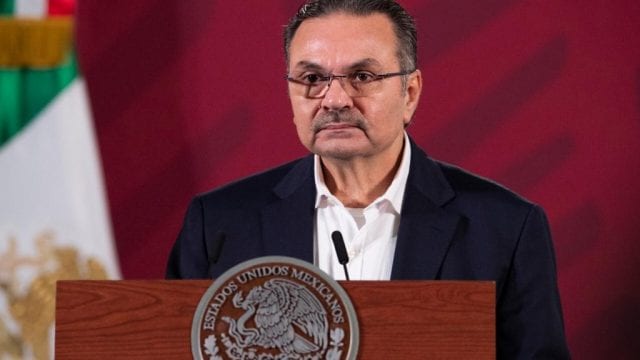 (Energy Analytics Institute, 22.Dec.2021) — Energy briefs including Chile being chosen for the 2nd consecutive yr as the most attractive emerging mkt to invest in renewable energies in the LatAm region; AkerSolutions crossing the 36% mark in terms women among all hired personnel in Brazil; the Committee on Foreign Investment in the United States (CFIUS) approving Royal Dutch Shell’s divestment of its 50.005% interest in the Deer Park refinery in Houston to Mexico’s state-owned Petróleos Mexicanos (Pemex); and more.

— AkerSolutions said that in the last qtr in Brazil that it reached a mark of 36.1% of women among all hired personnel. The biggest changes have impacted “areas such as manufacturing, logistics and offshore, in which the available candidates are predominately male,” AkerSolutions said 21 Dec. 2021 over Instagram. In total, 48 women were hired in different areas, the co. said. “We want to continue promoting diversity in all areas of the co., and firmly believe that diverse groups are more creative, efficient and productive.”

— Chile’s energy minister Juan Carlos Jobet said 22 Dec. 2021 over Instagram that Chile had been chosen for the 2nd consecutive yr as the most attractive emerging market to invest in renewable energies in the LatAm region. Jobet said Chile occupied the 2nd place worldwide, which “confirms that public policies and investment signals in the sector are correct.”

— Gabriel Boric emerged from Chile’s election on 18 Dec. 2021 as the country’s president elect. Argentine lawmaker Tanya Bertoldi said over Instagram that “Argentina would continue working to strengthen is ties with Chile.”

— Colombia inaugurated the Celsia Solar La Paila solar park in Zarzal. The solar park is fitted w/ 28,728 panels and 9.9MW of clean energy, Colombia’s Mining and Energy Minister Diego Mesa said 22 Dec. 2021 over Twitter. Colombia now has installed renewable power capacity of 700MW, some 25x what the country had when the gov’t of President Ivan Duque assumed power in 2018, the minister said.

— Starting 1 Jan. 2022, an estimated 3.3mn families (from socio economic classes 1, 2 and 3) in rural Colombian areas will have access to liquefied petroleum gas (LPG) temporarily reduced in price by 30% by state owned Ecopetrol, the oil giant said 22 Dec. 2021 over Twitter.

— Cash-strapped Noble Holdings, the foreign JV partner in the Jamalco alumina refinery, plans to reduce its overall debt from $1.5bn to $500mn amid steps to grow its operational assets, primarily held in Jamaica, the Jamaica Gleaner reported on 22 Dec. 2021.

— The Committee on Foreign Investment in the United States (CFIUS), an interagency that reviews transactions involving foreign investment in the US as well as specific real estate transactions by foreign persons, revealed this wk that it didn’t identify competition or national security risks w/ the transaction announced on 24 May 2021 whereby Shell agree to divest its 50.005% interest in the 340,000 b/d processing capacity Deer Park refinery in Houston, Texas to Mexico’s state-owned Petróleos Mexicanos (Pemex). The Deer Park refinery produces 131,000 b/d of gasoline and components; 89,000 b/d of diesel; 21,000 b/d of jet fuel and 61,000 b/d of other products, Pemex General Director Octavio Romero Oropeza said 22 Dec. 2021 during an event in Mexico City with Mexico’s President Andres Manuel Lopez Obrador. “Now Pemex and [Mexico] own the Deer Park refinery and this will permit the fuels… the gasoline, diesel and jet fuel that are owned by the Mexican citizens [be used] to satisfy the president’s energy auto sufficiency program,” Romero said. (See also Deer Park Refinery Fact Sheet below)

— Quote of the Day from Mexico’s President Andres Manuel Lopez Obrador: “I would like to thank President Biden for his confidence,” Lopez Obrador said 22 Dec. 2021 during his daily morning press event in Mexico City which focused on themes related to oil and gas and more specifically Mexico’s purchase of the Deer Park refinery from Shell. “This is historic,” Lopez Obrador said. “With this refinery, with the new one in Dos Bocas, with the coker in Tula and [the rehabilitation of the six existing refineries], we are increasing our refining capacity,” Lopez Obrador said. “We’ll be in conditions to process all of our raw materials by 2023 which means we’ll be producing in Mexico all our fuels.”

— Mexico’s Energy Secretariat Rocio Nahle said 21 Dec. 2021 over social media that the modules for the chemical plants that will be make up the Olmeca refinery in Dos Bocas will arrive soon w/o providing details.

— The IMF Executive Board approved a new 36-mth arrangement under the Extended Fund Facility for Suriname for SDR472.8mn (about $688mn or 366.8% of quota). The decision enables an immediate disbursement equivalent to SDR39.4mn (about $55.1mn), the IMF announced 22 Dec. 2021 in an official stmt. “The IMF financial arrangement will support Suriname’s authorities’ homegrown economic plan aiming to restore fiscal sustainability, while protecting the vulnerable by expanding social safety net programs,” IMF said in the stmt. “It will also help bring public debt down to sustainable levels, upgrade the monetary and exchange rate policy framework, stabilize the financial system, and strengthen institutional capacity to tackle corruption and money laundering and improve governance,” the IMF concluded.

— Deer Park Refinery Fact Sheet: The major processing units and facilities at the 340,000 b/d Deer Park Refinery include the following according to details on Shell’s website as of 22 Dec.: Distilling: There are two distilling or “crude” units at Shell Deer Park. These literally boil crude oil until it vaporizes. The various hydrocarbons rise inside a column until they cool and become a liquid. The lightest range of hydrocarbons are gases like propane and butane, the middle range includes gasoline, kerosene and diesel fuel, and the heavier range hydrocarbons go into asphalt and other products. Fluid Catalytic Cracker: “Cat cracking” is a process that uses heat and circulating catalyst to make gasoline. Selective Hydrocracker: This unit partially converts diesel-range material into gasoline, propane and butane through a chemical reaction with high pressure hydrogen. Delayed Coker: This unit converts petroleum pitch into gas oils for processing in other units, which ultimately produce gasoline, jet fuel and diesel fuel. The coker also generates petroleum coke, which electric utilities use for power generation and cement companies use as a fuel source in kilns and in gasification units. Catalytic Gasoline Hydrotreater: This enables the refinery to meet EPA regulations for low-sulfur gasoline by reducing the sulfur content by more than 95%.