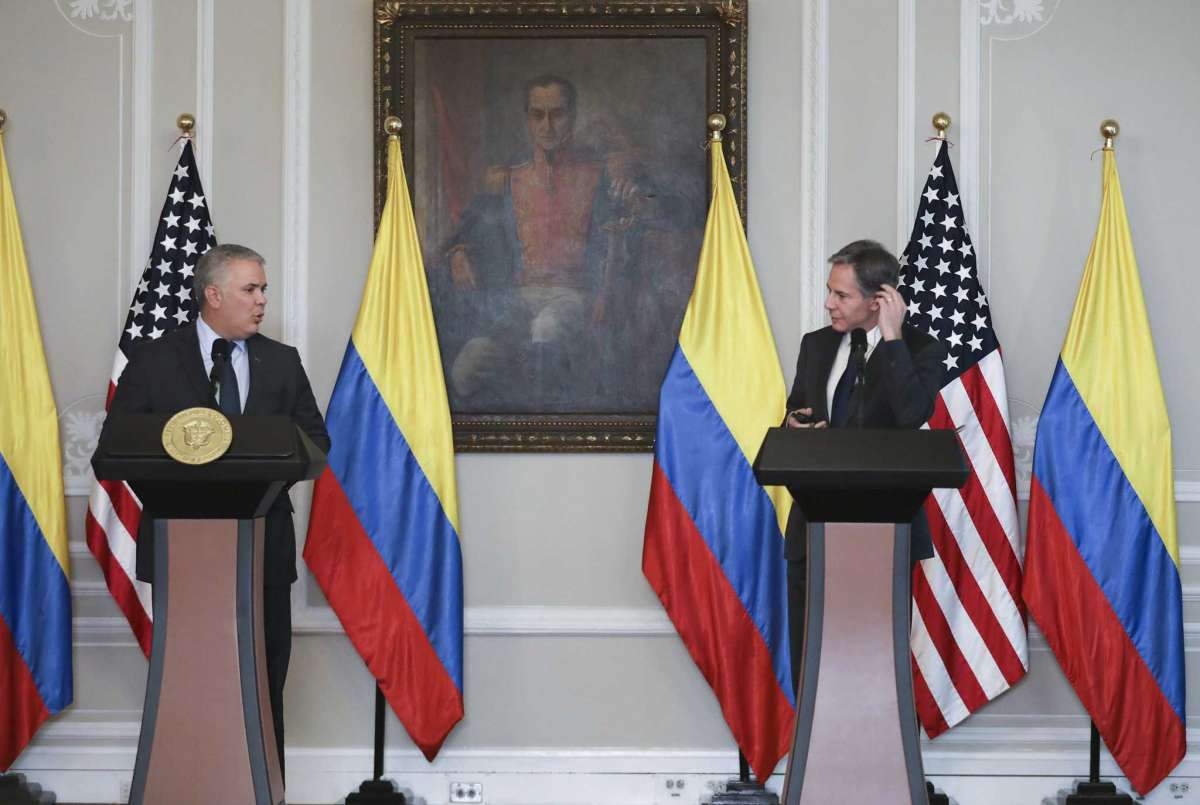 (Energy Analytics Institute, 22.Oct.2021) — Energy briefs including Corporación Nacional del Cobre de Chile (Codelco) announcing final results of a previously announced offer to purchase for cash outstanding notes due in 2023, 2024, and 2025; Colombia aiming to achieve net-zero deforestation by 2030 and carbon neutrality by 2050; Frontera Energy announcing that additional drill-ready prospects have been identified in the North Corentyne area and several exploration lead are being matured; and more.

— Approximately 43 families on Múcura Island will receive electricity for the first time thanks to the installation of a hybrid generation system that uses solar panels and batteries and a backup plant. The clean energy will allow for the reduction of 184 tones of CO2/yr, Colombia’s mines and energy minister Diego Mesa announced 21 Oct. 2021 in a Twitter post.

— Colombia aims to achieve net-zero deforestation by 2030 and carbon neutrality by 2050, Colombia’s President Iván Duque Márquez said 20 Oct. 2021 during a joint presser in the Casa de Nariño in Bogotá, Colombia w/ US Secretary of State Antony Blinken. “We have already made our goals public.  We want to reduce greenhouse gas emissions by 51% by the year 2030, be carbon-neutral by the year 2050, and also to attain the goal of making sure that 30% of our territory will be declared as protected areas,” Duque said.

— Colombia’s mines and energy ministry and Parex Resources revealed their first pilot project for the generation of geothermal energy in the Maracas Field in San Luis de Palenque. The pilot will produce close to 100kW, which will allow for displacement of 5% of the energy generated by fossil fuels. The estimated savings will amount to around 550 tons of CO2/yr, Colombia’s ACIPET announced 22 Oct. 2021 in an Instagram post.

— Ecopetrol incorporated 12 new electric vehicles to its fleet in Meta Dept., the co. announced 14 Oct. 2021 in an Instagram post.

— Ecuador’s President Guillermo Lasso revealed Oct. 22 in an official stmt that the Andean country was under a state of emergency across its national territory to carry out weapons controls, inspections, 24hr/day street patrolling, drug requisitions, among other actions in order to stem the recent spike in crime, violence and drug trafficking.

— Frontera Energy announced on 22 Oct. 2021 during an information presentation on the Guyana-Suriname Basin that it spud the Kawa-1 exploration well in Aug. 2021 w/ the Maersk Discoverer, exercised its option to drill a second well. Kawa-1 will target three Campanian to Santonian-aged zones, analogous to the finds in Suriname’s Blk 58 immediately to the east. Additional drill-ready prospects have been identified in the North Corentyne area and several exploration lead are being matured.

— Denso, a mobility supplier will participate in two industry events – the Society for Women Engineers (SWE) WE21 Conference and the Society of Hispanic Professional Engineers (SHPE) 2021 National Convention – to network with attendees as well as conduct interviews with potential candidates for co-op, intern and full-time positions, the co. revealed 22 Oct. 2021 in an official stmt.

— GoldMining Inc. (TSX: GOLD) (NYSE American: GLDG) rec’d a commitment for a $20mn loan facility w/ the Bank of Montreal, the co. announced 21 Oct. 2021 in an official stmt. The loan will be subject to an interest rate of 3-mth Libor + 5.65%/yr and customary margin requirements. The loan has a 1-yr maturity and may be extended for another yr subject to lender approval. The loan will secured by shares of Gold Royalty Corp. owned by the co.