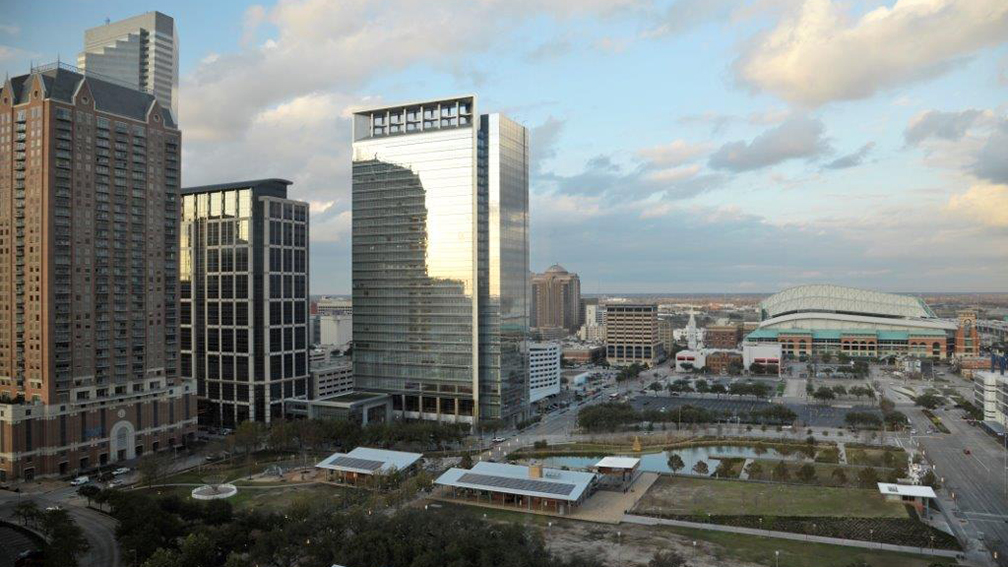 This agreement will serve to support Guyana’s efforts to protect the country’s vast forests and provide capital to improve the lives of Guyana’s citizens through investments made by the Government as part of Guyana’s Low Carbon Development Strategy (LCDS) 2030. Guyana’s President, Dr. Irfaan Ali was joined today by Vice President, Dr. Bharrat Jagdeo and John Hess, CEO of Hess Corporation for a signing ceremony to commemorate this historic agreement.

The multi-year agreement is for 37.5 million REDD+ jurisdictional carbon credits (current and future issuances). These credits will be on the ART (Architecture for REDD+ Transactions) registry and will be independently verified to represent permanent and additional emissions reductions under ART’s REDD+ Environmental Excellence Standard 2.0 (TREES).

Avoiding global deforestation is foundational to the Paris Agreement’s aim of limiting the global average temperature rise to well below 2°C and was one of the major commitments made at the COP26 climate summit, where more than 130 countries, including Guyana, pledged to end deforestation by 2030. Guyana’s more than 18 million hectares of forests are estimated to store approximately 20 billion tonnes of carbon dioxide equivalent (1). Through Guyana’s Low Carbon Development Strategy 2030, the country has a roadmap for preserving its forests, while growing its economy and creating a development pathway that is diverse and includes opportunities for all Guyanese citizens.

The purchase of these carbon credits is an important part of Hess’ commitment to support global efforts to address climate change and for the company to achieve net zero greenhouse gas emissions by 2050. The agreement adds to the company’s ongoing and successful emissions reduction efforts, which are described in Hess’ annual Sustainability Reports.

His Excellency President Irfaan Ali said: “In 2009, Guyana produced the first low carbon development strategy from a developing country. As one of only nine national jurisdictions in the Amazon Basin, we said long ago that national or jurisdiction-scale action on forests, coupled with access to global private finance, could create solutions that benefit the peoples of forest-rich countries while also achieving global climate goals. We have stayed the course, and today’s signing represents a massive step forward in showing the world that developing countries can lead the way to global solutions. I thank the tens of thousands of people across Guyana who participated in the seven-month national consultation that culminated in our latest LCDS policy, LCDS 2030. And of course, I thank John Hess and the Hess Corporation for their continued partnership with and commitment to Guyana. This deal goes a far way in proving that they are a global leader in accelerating ambition to reverse deforestation, and they set an example that I hope will be welcomed by forest countries everywhere as well as all those who care about the world’s forests and nature.”

“This agreement further strengthens our strategic partnership with Guyana and demonstrates our long term commitment to the country,” CEO John Hess said. “Development of Guyana’s oil and gas resources is important to meet the world’s growing demand for affordable and secure energy, which is essential to ensure a just and orderly energy transition. Today’s landmark agreement is the result of President Ali’s and Vice President Jagdeo’s leadership and long term vision for sustainable development. We admire the efforts that Guyana has undertaken for years to protect the country’s forests and the Government’s constant emphasis on practical solutions to climate change and strong focus on providing a global model for stopping deforestation and preserving forests. We are pleased to support the country’s efforts to advance sustainable development and enhance the quality of life for the people of Guyana.”

Reducing Emissions from Deforestation and Degradation (REDD+) is a global conservation mechanism created by the Conference of the Parties to the United Nations Framework Convention on Climate Change (UNFCCC) in support of the Paris Agreement. Avoiding global deforestation was one of the major commitments made at the COP26 climate summit, where more than 130 countries pledged to end deforestation by 2030. More information is available at https://unfccc.int/topics/land-use/workstreams/redd/what-is-redd.

Architecture for REDD+ Transactions (ART) operates a robust, secure and transparent electronic system to register REDD+ programs and record the issuance, transfer and retirement of serialized verified TREES Credits. ART is an initiative that seeks to incentivize governments to reduce emissions from deforestation and forest degradation, restore forests and protect intact forests. The credits will be issued under ART’s REDD+ Environmental Excellence Standard 2.0 for the quantification, monitoring, reporting and verification of GHG emission reductions and removals from REDD+ activities at a jurisdictional and national scale, which is known as TREES. More information is available at www.artredd.org.