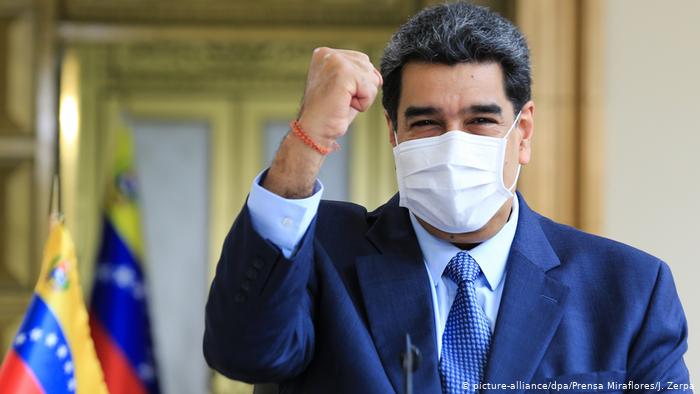 In the first year since the Trump administration imposed crushing economic sanctions on Venezuela’s oil industry, port calls to Venezuela plunged by 46 per cent, according to C4ADS and IBI Consultants, two Washington-based think tanks focused on national security issues that authored the report.

But while overall tanker activity is down, less-scrupulous carriers are filling the void.

Relying on data from tracking systems that are mandatory on tankers, C4ADS identified 214 vessels that visited Venezuela in the year after sanctions were imposed, but not in the previous 12 months. Collectively, those ships accounted for 33 per cent of the country’s maritime traffic since the U.S. banned Americans from doing business with Venezuela’s oil sector on Jan. 28, 2019. Almost half of those vessels visited Venezuela for the first time.

As the Trump administration has sought to deprive Maduro of easy cash from Venezuela’s vast oil reserves, it has sanctioned more than 50 vessels. It’s also issued new guidelines urging the maritime industry to beef up its vigilance for sanctions-busting activity on the high seas.

Some ship captains and their employers have responded by turning off their transponders and “going dark” for weeks to hide tankers brimming with crude. The ships then frequently unload their hidden cargo on the high seas in risky ship-to-ship transfers, making it harder for authorities to track their ultimate destination.

Meanwhile, domestic fuel shortages have led Venezuela to seek relief from Iran, which in May sent five tankers of gasoline to the South American country.

While U.S. sanctions “succeeded in reducing the aggregate volume of recorded port calls in Venezuela, persistent dark voyage activity, the continued importance of particular routes, and the entry of new players showed the limits of enforcement,” the report said.

China, India and Cuba replaced the U.S. as the top destinations for Venezuela’s heavy crude, making up a combined 37 per cent of all voyages from Venezuela in the year following sanctions. Still, traffic to those three countries was down by around 20 per cent in the year following sanctions. In total, nine countries including Bahrain, South Africa and Portugal emerged as new destinations that had not appeared in the previous year.

The report is based on satellite tracking data from maritime analytics firm Windward and corporate data provided by IHS Markit. It covers the effects of sanctions on shipping networks from Jan. 28, 2019 — when the U.S. imposed sanctions in support of opposition leader Juan Guaido’s campaign to remove Maduro — and doesn’t include the effects on activity from the coronavirus pandemic.

The 103 tankers visiting Venezuela for the first time appear to be owned by just 41 companies, according to the report. Three companies with the largest fleets belong to TMS Tankers Limited, Eastern Mediterranean Maritime Limited and Delta Tankers Limited, C4ADS and IBI said. The three Greece-based companies, none of which are sanctioned, did not respond to an AP request for comment.

By Joshua Goodman. The Associated Press