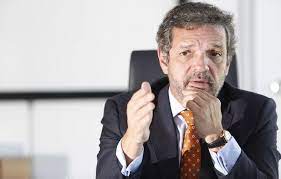 (Petrobras, 23.May.2022) — Petrobras received today a letter from the Ministry of Mines and Energy, requesting measures in order to call an Extraordinary General Meeting, with the purpose of promoting the removal and election of a member of the Board of Directors, and appointing Caio Mario Paes de Andrade, to replace José Mauro Ferreira Coelho.

The letter also requests that Caio Mario Paes de Andrade be subsequently evaluated by the Petrobras Board of Directors for the position of CEO.

Considering that Mr. José Mauro Ferreira Coelho was elected by the multiple vote system in the Annual General Meeting held on 13 April 2022, if approved by the General Meeting, his dismissal will imply the dismissal of the other members of the Board elected by the same process, and the company must hold a new election for these positions, under the terms of article 141, paragraph 3, of Law 6,404/76.

Petrobras informs that new material facts will be timely disclosed to the market.

Below is the resume of the nominated candidate: Caio Mario Paes de Andrade.

Mr. Caio Mario Paes de Andrade is currently the Special Secretary for Debureaucratization, Management and Digital Government of the Ministry of Economy. Entrepreneur in information technology, real estate market and agribusiness, Caio Mario Paes de Andrade has a degree in Social Communication from Universidade Paulista, post-graduation in Administration and Management from Harvard University, and Master in Business Administration from Duke University. In 2000 he founded WebForce Ventures, responsible for the development of more than 30 startups. He is founder and board member of the Instituto Fazer Acontecer. In 2019 he moved from the private sector to the public sector. He was CEO of SERPRO until August 2020, when he became part of the Ministry of Economy.