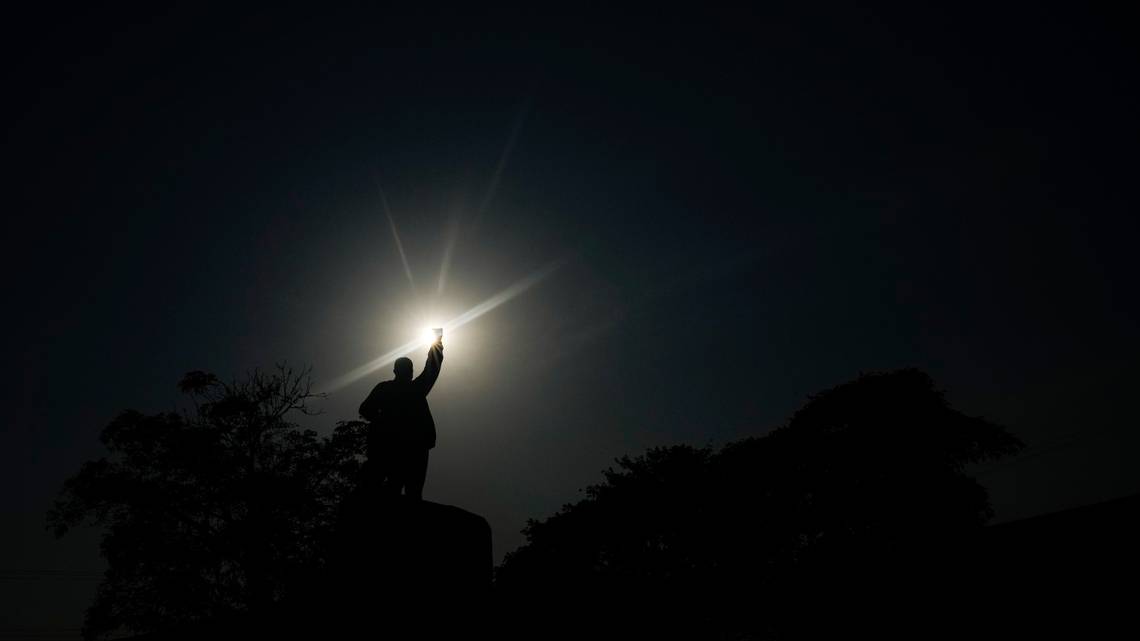 (Miami Herald, 12.Apr.2022) — Divisions within the Biden administration over whether to continue talks with President Nicolás Maduro in Venezuela have deepened since a senior U.S. delegation met with him in Caracas last month, U.S. and Venezuelan opposition sources familiar with the discussions told McClatchy and the Miami Herald this week.

The March 5 meeting in Caracas resulted in the freedom of two U.S. citizens from Venezuelan custody — and raised the prospect of U.S. sanctions relief on Venezuela’s oil sector amid a global shortage of oil and gas.

Administration officials insist that negotiations over the freedom of two Americans were kept separate from initial talks over Venezuelan oil. At the time, the White House said it intended to continue its engagement with the regime.

But an outcry from both Democrats and Republican lawmakers in Washington over a potential deal with Maduro forced the White House to put the brakes on any future talks.

Venezuela’s democratic opposition movement, which has faltered over the past year as Maduro has consolidated power, criticized the U.S. meeting as “foolish.” The United States, along with almost 60 other countries, recognizes the opposition as Venezuela’s legitimate interim government.

Nevertheless, a debate over whether to continue those negotiations — and how to do so in a way that avoids controversy — has quietly persisted within the administration, according to one U.S. official who was not authorized to speak publicly.

“We believe, not that they have ceased moving forward, but that they encountered so much resistance that they have placed it in standby and are now looking for a way to reformulate the issue,” said one high-ranking member of Venezuela’s opposition movement, led by Juan Guaidó.

“We understand that in the administration there is still an interest in holding some type of encounter with Maduro,” the opposition member said. “There has been a lot of friction between the State Department and the White House on this issue.”

A small office working to free wrongfully detained Americans abroad — based at the State Department but serving as a cell for the entire federal government — began engagement with Maduro in the fall, checking on the welfare of U.S. citizens being held there and exploring what it would take for the Venezuelan regime to release them.

Russia’s invasion of Ukraine on Feb. 24 presented an opportunity. For the first time, a senior White House official visited the close Russian ally in person and began a dialogue.

That gesture was the basis for the release of Gustavo Cardenas, an American and Citgo Petroleum Corp. executive, and Jorge Fernandez, a Cuban-American tourist, from Venezuelan prisons.

But Brian Nichols, assistant secretary of state for Western Hemisphere affairs, was not made aware of the meeting in advance, the high-ranking opposition member said.

“Nichols was not taken into account — he was kept out of that issue by the National Security Council, by its section of Hemispheric Affairs. And they continue not to be involved in the issue,” the opposition member said.

White House and State Department officials denied the allegation that it had kept one of its most senior diplomats in the dark. They did not deny internal divisions over whether to continue the talks.

“U.S. officials’ visit to Caracas was fully coordinated with the Department of State, which sent officials on the trip,” a State Department spokesperson said.

Despite the fact that talks appear to be on hold, companies and banks are operating as if sanctions relief is a fait accompli.
Venezuela’s state-run energy firm, PDVSA, is in talks to buy and lease additional oil tankers in anticipation of an increase in exports, Reuters reported in late March. Credit Suisse, a global investment bank, estimated last week that Venezuela’s economy could surge by 20% this year due to renewed global demand for its crude.

Resuming Venezuelan oil exports is not the only topic that Biden’s team would like to discuss with Caracas.

An unprecedented influx of migrants from Venezuela to the U.S. southern border is posing a new challenge for the administration, just as pandemic-era restrictions on processing arrivals in the United States begin to lift.

“One of the key challenges we’re facing today is that we’re seeing really large numbers of Cuban nationals, Nicaraguan nationals, and again, increases in Venezuelan nationals at the border,” a senior official at the Department of Homeland Security told reporters last month.

“Those nationalities are particularly challenging in terms of processing at the border because of the real lack of relations our U.S. government has with those nations, but also problematic not just for us, but for some of our partners in the hemisphere, in terms of being able to return people to those countries even if they’re found not to have a claim of asylum,” the official said. “So I think, over the last few weeks and months, those are the countries that are really driving some of these increases at the border, and they are particularly challenging for us to process.”