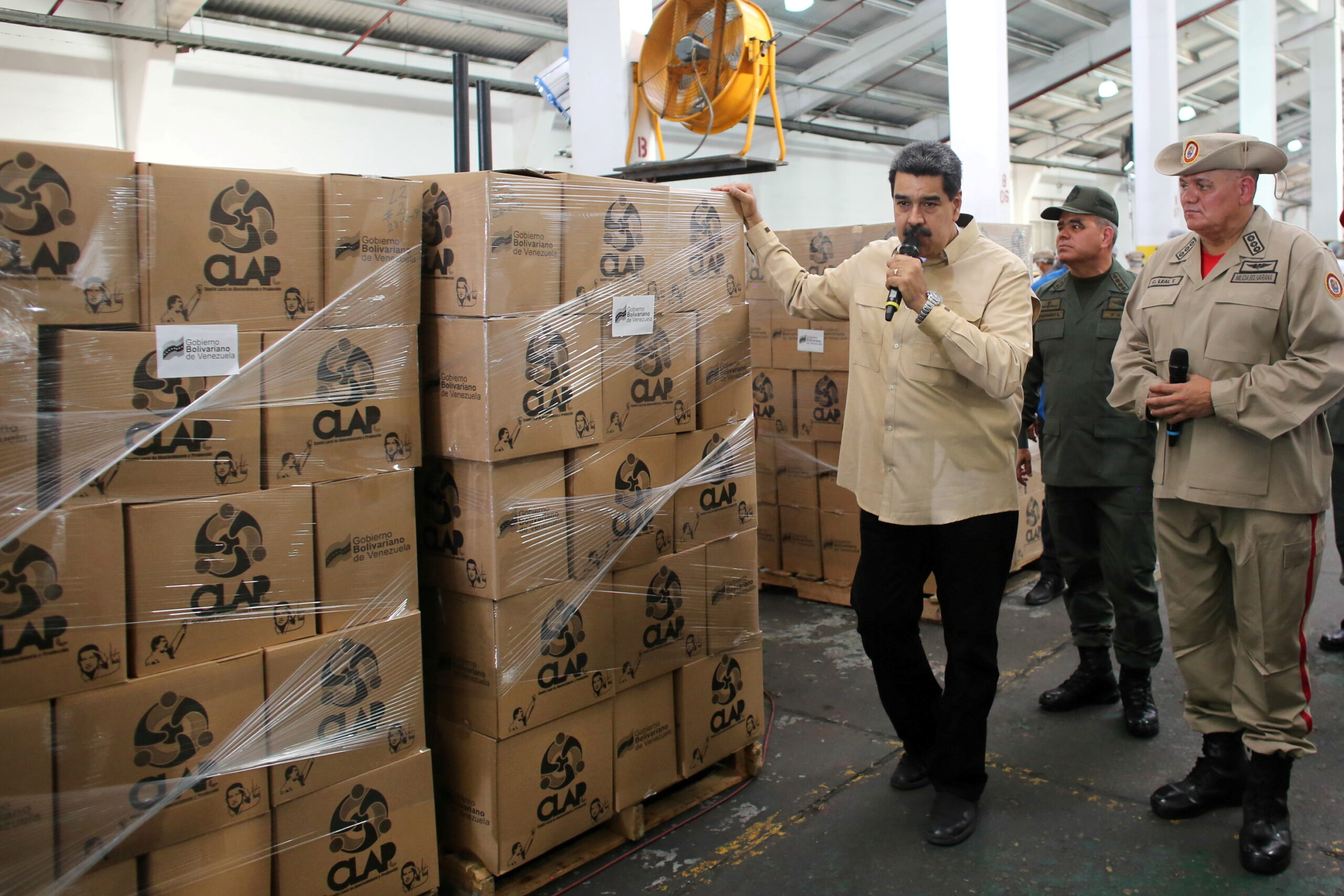 That agreement saw state oil company PDVSA, beginning in December 2020, deliver more than 6 million barrels of crude worth nearly $260 million to a company named Supraquimic C.A., which was to supply food for a government program. But the arrangement collapsed when PDVSA accused two executives linked to Supraquimic with embezzling the proceeds, according to criminal charges filed by Venezuelan prosecutors in late March.

This account of the deal and its demise is based on dozens of pages of internal PDVSA documents viewed by Reuters, court filings by prosecutors, and interviews with three people familiar with the situation. It offers a rare glimpse inside one of the maneuvers that Venezuela’s socialist government devised to continue exporting crude – the lifeblood of its beleaguered economy – despite U.S. sanctions.

Neither PDVSA nor Venezuela’s oil or information ministries or chief prosecutor’s office responded to requests for comment. President Nicolas Maduro has called U.S. sanctions illegal and blames Washington and his domestic political opponents for the country’s woes.

The Supraquimic deal is also the latest example of how Venezuela, cut off from the global financial system and short of hard currency after years of economic decline, has turned to bartering its crude. It has previously used oil to pay down debts, buy gasoline and diesel, and purchase water trucks. Maduro has even proposed using oil to buy coronavirus vaccines https://www.reuters.com/article/us-health-coronavirus-venezuela-oil/venezuelas-maduro-proposes-paying-for-coronavirus-vaccines-with-oil-idUSKBN2BK0SR.

Just as important, the Supraquimic deal provided PDVSA with a new customer. Since the United States blacklisted PDVSA in early 2019, many major clients have stopped buying. In their place, a series of mysterious, recently-formed companies with no previous oil experience have materialized to buy PDVSA’s oil, including previously-unknown Mexican and Russian firms.

“It is amazing how Venezuela has mutated to overcome difficulties coming from sanctions, which is making Venezuela’s oil trade increasingly opaque,” said Francisco Monaldi, a fellow in Latin American Energy Policy at Rice University’s Baker Institute.

It’s all part of a cat-and-mouse game that Caracas is playing with U.S. authorities to keep selling its most important commodity. Washington has barred American companies from purchasing Venezuelan oil and has threatened to punish firms based anywhere in the world that do business with PDVSA.

Neither the U.S. State Department nor the Treasury Department, which enforces U.S. sanctions, responded to requests for comment.

The Supraquimic deal also demonstrates potential perils for companies doing business with Venezuela’s government, which has sparred repeatedly with the private sector even as the Socialist Party has courted their investment https://www.reuters.com/world/americas/maduro-ally-makes-rare-appearance-venezuela-business-group-assembly-2021-07-20 to boost the economy.

In 2015, for example, with Venezuela rocked by shortages of consumer goods, authorities detained executives of a pharmacy chain and workers at a leading food company on accusations of hoarding supply to destabilize the economy, which they denied. Venezuela’s industrialists have blamed Maduro’s socialist economic policies for the nation’s woes.

“The main risk to doing business with the government is not that you’re going to lose money or that your assets are going to be expropriated. It’s that you’re going to end up in jail,” said Jose Ignacio Hernandez, a specialist in Venezuelan administrative law and economic regulation at the Harvard Kennedy School and the former legal representative for Venezuela’s opposition.

Venezuela’s Information Ministry did not reply to a request for a response to Hernandez’s assertions.

Such tensions were on display again on March 30, when Venezuelan authorities issued arrest warrants for Supraquimic President Oscar Garcia as well as Jose Llamozas, who owns firms that sold food to Supraquimic. Both were charged with embezzlement, collusion between a public official and a contractor, and illicit association, according to the prosecutor’s request to a judge for the warrant.

Garcia, whose whereabouts are unknown, did not respond to phone calls, emails and messages to social media profiles seeking comment. Reuters could not determine whether Garcia was ever arrested or if he has legal representation.

Llamozas, who was jailed for three months before being released on July 2 pending a possible trial, did not respond to messages sent to phone numbers and email addresses listed for his companies. Llamozas’ defense counsel did not respond to requests for comment.

In Venezuela, prosecutors first charge a suspect and then investigate further before deciding whether or not to recommend to a judge that the case go forward, according to Jose Vicente Haro, a law professor at the Central University of Venezuela.

The arrangement between PDVSA and Supraquimic began with a request from Venezuela’s Food Ministry to ensure supply for its CLAP boxes, a food handout program that many families depend on to survive, according to a copy of a contract between the two companies and the ministry which was viewed by Reuters.

That contract, dated April 2020 and described as a “strategic alliance,” stipulated that Supraquimic would receive up to 5 million barrels of crude per month from PDVSA in exchange for supplying food products of equal value to the Food Ministry. Supraquimic, in turn, would be responsible for selling the oil.

Supraquimic was founded by Garcia in Caracas in 2015, according to government commercial registry records. In total, the company received from PDVSA six cargoes between Dec. 28, 2020 and Feb. 10, 2021, totaling 6.2 million barrels valued at $257.8 million, according to internal oil company invoices viewed by Reuters. That was in line with market prices at the time. All the shipments set sail in tankers bound for Asia, according to the PDVSA invoices and shipping documents, and Refinitiv Eikon data.

Reuters could not determine how much food, if any, Supraquimic delivered to the CLAP program. But according to a March 4 letter written to company officials by Antonio Perez Suarez, PDVSA’s vice president for supply and trading, it was not enough to satisfy the agreement.

“You have not honored your payment commitments according to the contractual terms established and accepted by your company,” Perez Suarez wrote in that letter, viewed by Reuters.

Supraquimic does not appear to be a food manufacturer. It purchased products from Venezuelan companies including Alimentos Santa Lucia and Agroinsumos El Granero, both owned by Llamozas, according to a person familiar with the deal.

Llamozas’ companies agreed to sell food items totaling $80 million to Supraquimic in installments, the person said. But after receiving payment for delivery of an initial $8 million worth of products, Llamozas’ firms stopped shipping because they received no further funds, leaving Supraquimic unable to meet its obligations to the government, the person said.

While Llamozas was in jail, Maduro found another source of help to feed some of the estimated 7 million Venezuelans experiencing food insecurity in what was once one of Latin America’s wealthiest nations. The U.N. World Food Programme in April reached a deal with his administration to deliver monthly rations to school children.