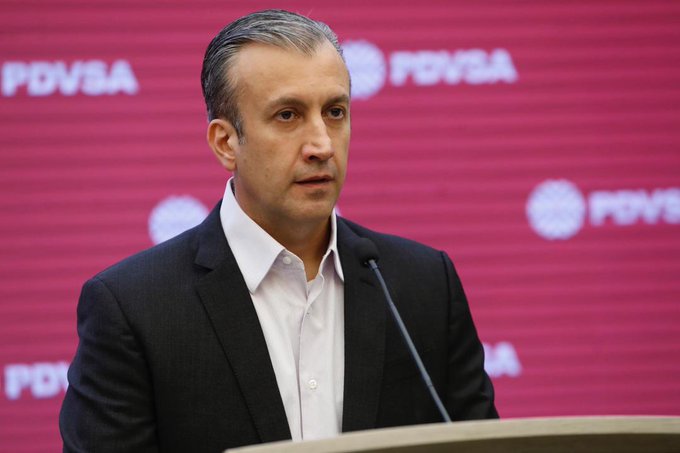 (AP, 3.Nov.2020) — The prosecution of Venezuela’s Oil Minister Tareck El Aissami for violating U.S. sanctions has run into another snag after a federal judge allowed one of his co-defendants to withdraw a guilty plea over allegations that U.S. attorneys withheld evidence in the case.

Federal prosecutors in Manhattan on Monday said they don’t object to Victor Mones withdrawing his guilty plea, but refused to concede they violated rules requiring them to turn over all exculpatory evidence to the defendant.

Mones, a Florida-based businessman, pleaded guilty almost a year ago to arranging chartered flights to Russia and elsewhere for El Aissami and his alleged frontman, Venezuelan businessman Samark Lopez.

But a year later, prosecutors in the case have yet to finish handing over abundant evidence, something that Judge Alvin Hellerstein said “concerns” him.

“Obviously this late production by the government is a chunk of evidence that you have not had an opportunity to consider,” Hellerstein said in a hearing last week. “So if you wish to withdraw your plea, I will allow it.”

The rare move by a federal judge inviting a defendant to withdraw his guilty plea — something Mones’ attorney had not been seeking but did following the Oct. 29 hearing — follows the arrest of the key informant against El Aissami, Alejandro Marin, for lying to federal investigators.

Like Mones, Marin owns a flight charter company that allegedly arranged flights for El Aissami and Lopez. He was not charged in the case but was arrested in September in Miami for allegedly lying to his handlers about the equivalent of $140,000 that went missing from a package of 1.3 million euros he transported by private jet to the U.S. in 2018 at the direction of U.S. law enforcement.

Mones’ attorney, Christine Chung, said in court filings that the late production of evidence against her client mirrors problems detected in the high-profile sanctions case against Ali Sadr Hashemi Nejad.

Prosecutors in June abruptly dropped charges against the Iranian businessman after he was convicted, citing what they described as “disclosure-related issues” that would have altered his defense. In one instance, a prosecutor suggested to a colleague that they “bury” a document that should have been handed over to the defense.

When trying a case, prosecutors are required to hand over any evidence that could help defendants prove their innocence and can face disciplinary action if they do not.

As a result of the revelations, Judge Alison Nathan ordered prosecutors and their supervisors in the New York Southern District’s international terrorism and narcotics unit to provide a written explanation of their actions.

The same unit is prosecuting El Aissami, who has celebrated the prosecutorial setbacks.

“The web of smears and false evidence is collapsing,” Aissami tweeted in September after The Associated Press reported on Marin’s surprise arrest. “Not even the media at service of imperialism can hide the gravity of the accusations based on lies, criminals and protected mercenaries.”