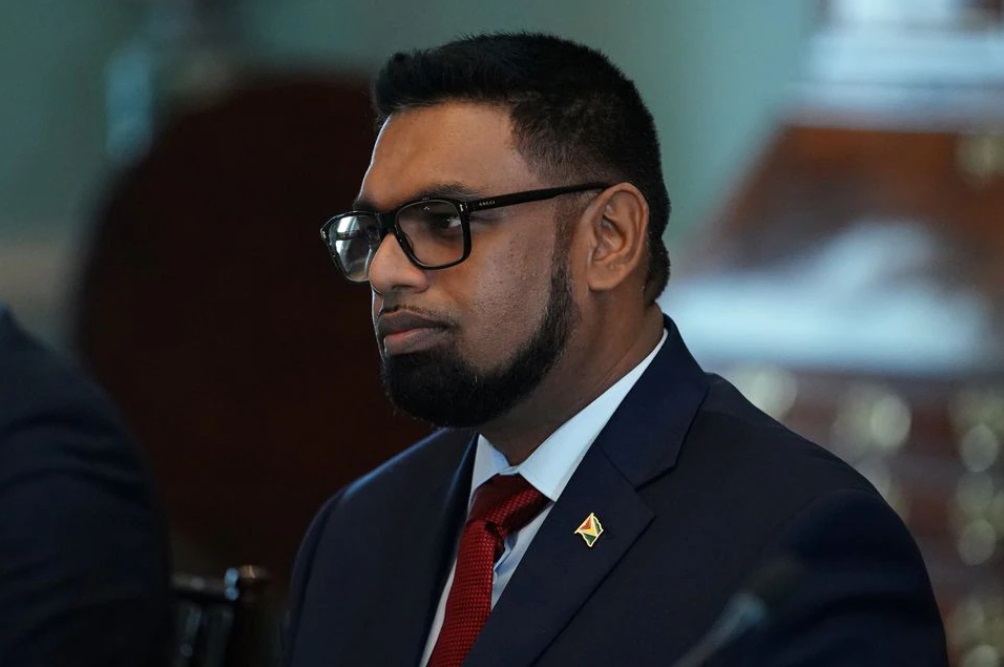 (Trinidad and Tobago Newsday, 21.Aug.2022) — Guyanese President Dr Mohamed Irfaan Ali said the oil and gas boom Guyana is experiencing will ensure the country’s future economy but it will not be the focus.

He said the country had 18 billion barrels of proven reserve and by 2026 it should be producing 810,000 barrels per day. However, even before oil and gas was discovered in Guyana its economy was one of the fastest growing in the world.

Even so, he said the country lacked “the revenue and a fiscal space” to advance its development but it could do so now with that discovery.

“Oil and gas is just but an input to build out the other sectors and segments of the economy to be globally competitive and produce the wealth of the future.

“We have to invest in cutting edge technology, in research and development… We are working now on building our new city with an innovation village within that city, cutting edge jobs of the future. We’re not only working on jobs, we’re working on tech jobs, building a National Skills Training Development Centre that will be training the workforce for the future. And we’re starting with those at home, but you are part of home.”

Speaking at a Diaspora Outreach hosted by the consulate general of the Co-operative Republic of Guyana in TT at the Radisson Hotel, Wrightson Road, on Saturday night, Ali said his government was evaluating how some of its programmes could be applied to the diaspora.

He said Guyanese contribute significantly to every aspect of global development and it was important to harness and concentrate the expertise, talents, skills and experience to develop and uplift Guyana and its people.

He said a country’s human resource was one of its most important assets and Guyana’s had to be fixed so it could support social and economic transformation.

He believed when that was fixed, prosperity would come to the country.

He added that the prosperity of Guyana would be the prosperity of the Caricom region because each country could not do it alone. Caricom countries have to build a region where all can realise their aspirations and build a future for their children. He said the support of the region was necessary as all lived in a global environment where things in other parts of the world affected them.

Ali said the country had to position itself to monetise its ecosystem. He said with 87 per cent of the last area being forests, Guyana was the “lungs of the world.” It also had, possibly, the largest concentration of fresh water in the world, was highly mineralised, and had diamond reserves among other valuable resources.

The government was looking into increasing production including animal feed, poultry, rice, and vegetables, as well as using hydroponics to produce fruits and berries that were usually imported.

It also wants to eventually position the country as a leader in tourism, and reduce the cost of electricity by 50 per cent by 2025 to benefit the people and sectors such as manufacturing and industrial development.

Ali noted that those in the audience were the ones who decided to leave the country when they faced hardships in Guyana. He recognised they faced challenges in the countries in which they settled but stressed that the opportunities they grasped brought them success.

He reminded them even though Guyana was made up of six different people, they were all on the same team – One Guyana. But, he said, each individual had to contribute to make that a reality.