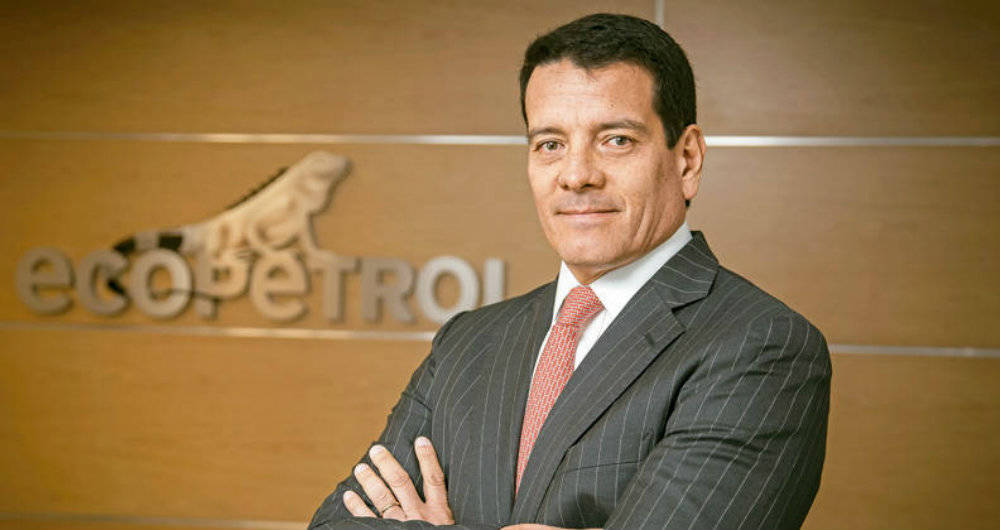 (Ecopetrol, 3.Aug.2021) — Ecopetrol S.A. (BVC: ECOPETROL;NYSE: EC) announced the Ecopetrol Group’s financial results for the second quarter and the first half of 2021.

In words of Felipe Bayón Pardo, CEO of Ecopetrol:

The strength of Ecopetrol Group’s results in the quarter and year to date, despite a challenging situation derived from the public order situation and the health emergency associated with the third peak of the COVID-19 pandemic, reiterates our capacity to generate sustainable value, and to quickly and timely respond to environment conditions.

In addition to the favorable fundamental variables observed in the quarter (Brent of 69.1 USD/Bl and Average Exchange Rate of 3,691 COP/USD), our continued commitment to cost optimization and capturing efficiencies, as well as an excellent performance of our commercial strategy, supported the results achieved. At the end of the first half of the year, the Group realized COP1tn in efficiencies focused on strengthening EBITDA margin and capex savings.

Additionally, as part of our commercial strategy and in order to capture new customers and destinations for our crude oil and products, and thus consolidate our diversification strategy, during the second quarter we announced the incorporation of a new commercialization company based in Singapore, with which we seek to strengthen our operations in the Asian market.

In exploration, Ecopetrol and its partners completed the drilling of 8 wells during the first half of the year, highlighting, for the second quarter, the drilling of the Boranda Centro-1 exploratory well, operated by Parex, and the Chimuelo-1 and Flamencos-3 wells operated by Ecopetrol, all under evaluation. The cumulative production of the exploratory assets reached 908,535 boe (5,020 boed on average) during the first half of the year, where 67% of the production corresponded to oil and 33% to gas. In the Brazilian Pre-Salt, we continued to advance in the commercial feasibility studies and development plan for the Gato do Mato discovery.

Ecopetrol Group’s average production was 668.4 mboed in the first half of 2021, 5.3% less than the same period of last year, primarily as a result of i) impacts from the public order situation Colombia experienced during the months of May and June, and ii) the temporary lower production from Castilla, field that has been gradually recovering after overcoming a restriction associated with water management. Production in the second quarter was 660.9 mboed, decreasing 2.5% as compared to the second quarter of 2020. During the first six months of the year, 179 development wells were drilled and completed.

Regarding our operations in the Permian basin in the United States, we highlight the start of production of 31 new wells during the quarter, for a total of 75 wells since the start of the operation (22 in 2020 and 53 by the first half of 2021). Likewise, we highlight the contribution of 21.2 mboed before royalties during the second quarter of 2021, equivalent to 16.1 mboed net to Ecopetrol after royalties.

At the end of the quarter, the transfer of interest for cross operation with ExxonMobil in the Comprehensive Research Pilot Project in Unconventional Reservoirs Kalé and Platero, located in the Municipality of Puerto Wilches (Santander) was approved, leaving Ecopetrol as operator with a 62.5% interest in Kalé and 37.5% in Platero. In Kalé, meetings with the communities were held in order to share the description and scope of the project within the development of the Environmental Impact Assessment, while in Platero, the first territorial dialogue was held jointly with the National Government and ExxonMobil.

In the midstream segment, the volume transported during the semester was 983.6 mbd, decreasing 4.6% as compared to the first half of 2020, impacted by the lower crude oil production in the country, mainly in the Llanos region, as well as by the public order situation previously mentioned. During the second quarter of the year, the transported volume was 959.9 mbd, volume that despite the situation, compares favorably with the results of the same period of 2020. In April, the TLU-2 marine platform was inaugurated at the Coveñas Maritime Terminal, providing the Ecopetrol Group with one of the most robust and advanced systems for loading offshore vessels.

The downstream segment was influenced by the positive performance of all business units, leveraged by the stability of operations, the recovery of product demand and crude oil supply to the country, and the excellent performance of Esenttia. With the gradual recovery of demand, the refineries reached similar consolidated throughput levels in the first two quarters of the year (around 360 mbd), with an integrated gross margin of 9.8 USD/Bl for the first half of 2021.

On the TESG front, we continued to make progress in each of the strategy’s pillars.

In the environmental front, particularly in renewable energy projects, we highlight: i) the 75% progress on the construction of the San Fernando solar park, expected to enter into modular operation (sequentially) in September, ii) the advance in the assignment process under Power Purchase Agreement (PPA) strategies for solar energy projects for 45 MW in Huila, Middle Magdalena and Meta, for which bids are expected for August, iii) advances in the allocation of measurement contracts for the wind generation prospects in Araguaney (Casanare) and Huila, iv) progress in the structuring of the Rubiales solar park, which will be published to the market in August, v) the completion of the conceptual engineering of the photovoltaic solar solution for Providencia island, and vi) the consolidation of savings derived from the Castilla solar park for more than COP5.9bn ($1.6mn) and a reduction in CO2 emissions of more than 16,000 tons. In other milestones, we highlight the fulfillment of 68% of the established target for 2021 under the national initiative “Sembrar Nos Une” (2,762,032 trees sown) in the first half of the year.

In the social dimension, the Company allocated social investment resources for a total of COP150bn during the first half of the year, as part of its environment strategy. Reiterating the company’s commitment to the health and safety of its employees, the Ecopetrol Group joined the private initiative of vaccination against COVID-19, acquiring 26,200 doses to distribute among its employees, their families and allies.

On the corporate governance front, Ecopetrol made official its interest in participating in the Dow Jones Sustainability Index (DJSI), reporting again to the Corporate Sustainability Assessment of S&P Global, for which results are expected in November. In addition, in May we published the first Index Content that responds to the Stakeholder Capitalism Metrics of the World Economic Forum (WEF) and the International Business Council (IBC).

Regarding Digital Transformation, lever of the TESG strategy, during the first half of 2021 we implemented projects that have allowed to capture and certify benefits derived from their impact on the company’s processes and operations, for $20.5mn, with a 120% fulfillment of the target set for this semester.

In relation to the potential acquisition of the government’s 54.1% ownership stake in ISA, on 23 June 2021 we announced to the market the extension of the term of the Exclusivity Agreement until 31 August. Likewise, the decision of not conditioning the closing of the potential acquisition of ISA on a potential equity offering, in line with the favorable evolution of the financial situation of Ecopetrol Group. Furthermore, on 30 July, we presented a binding offer for the mentioned acquisition. As soon as we receive a formal response from the Ministry, we will inform the market.

Likewise, during the rest of 2021, we expect to continue working towards the objectives of restoring the growth path of both production and reserves, increasing competitiveness, laying the foundations of energy transition and deepening our TESG agenda, in line with the goals established in the 2021-2023 Business Plan.