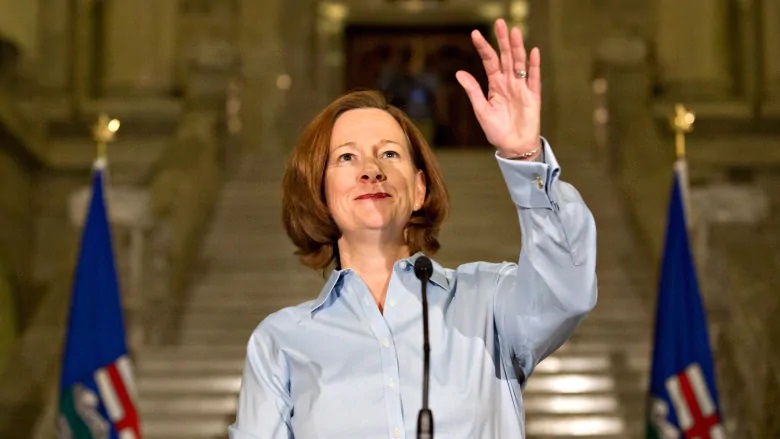 “It will be important to have a team of technical experts to assess progress to date and to assist the ministry, where necessary to successfully conclude the permitting exercise,” the statement reads.

Redford’s new role arrives as the country of Guyana continues to juggle its newly-discovered transformative wealth and the political reverberations of a disputed election that saw the country’s former president accused of election fraud.

Redford declined a request for an interview.

The small nation of Guyana, formerly an impoverished British sugar colony with a population of only 800,000 people, has seen its fortunes significantly altered in recent years after multiple discoveries of significant oil finds off the country’s coast.

Earlier this year, Exxon Mobil increased its estimated recoverable resource base in the country to more than eight billion oil-equivalent barrels.

The Calgary-based CNOOC International, formerly known as Nexen, holds a 25 per cent working interest in the Stabroek Block, where Exxon has made all 16 of its discoveries.

But in the midst of Guyana being named the fastest growing economy in the world by the International Monetary Fund, it found itself embroiled in a complex political controversy.

With huge sums of funds flowing into the Guyana economy, the two competing political groups — the APNU–AFC alliance, led by the incumbent David Granger, and the opposition People’s Progressive Party (PPP), led by Irfaan Ali  — had grown suspicious of the other that the election would be an opportunity to control the new wealth.

Further exacerbating the strain were the ethnic tensions within the country. Guyana’s Afro-Guyanese population tends to support the APNU-AFC alliance, while those of Indian descent tend to support the PPP.

After the election and allegations of vote tampering by the APNU-AFC, a recount was held that showed Ali had received more votes. Granger remained in power, which led to condemnation from the international community.

“The Granger government must respect the results of democratic elections and step aside,” said U.S. Secretary of State Mike Pompeo during a press conference. Ali was eventually sworn in as president in August.

According to the ministry, Redford will head a team of “technical experts” to assess the progress of Exxon Mobil’s Payara contract.

Since the ministry announced Redford’s position, some who served in Granger’s former administration have been critical.

“The issue I have is with her ethical background,” said Jan Mangal, who was an energy adviser to Granger in 2017 and 2018.

Redford was the 14th premier of Alberta, serving from 2011 until 2014. In November 2017, Redford took a position as a policy advisor to the government of Afghanistan, and has also worked in Pakistan for the World Bank on gas sector reform.

She also saw her share of controversy while in office — in 2014, Alberta’s auditor general found “false passengers” had been booked on flights, and pressure from her caucus over her leadership style and expenses led to her resignation later that year.