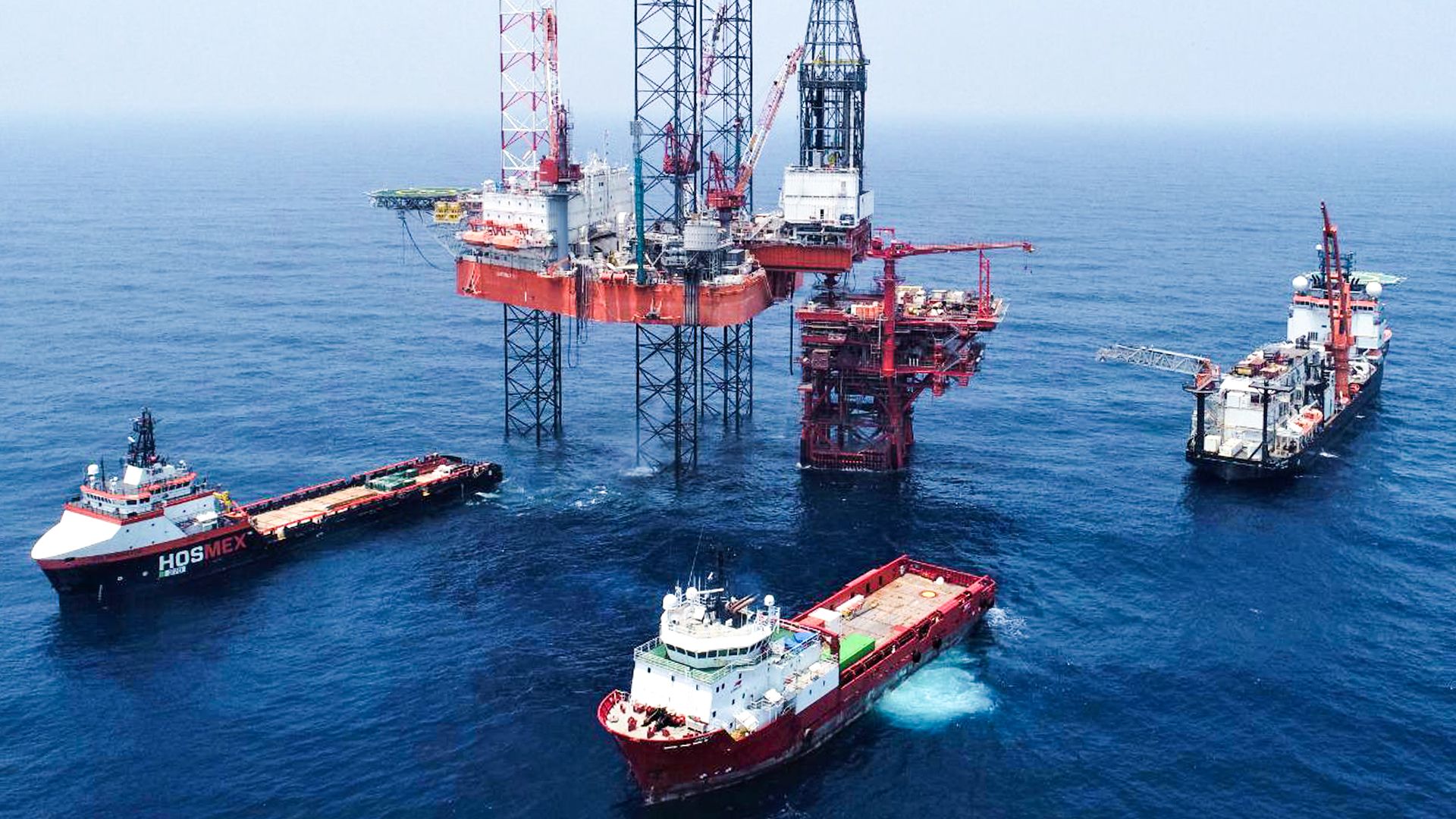 (Wintershall Dea, 24.Oct.2022) — Wintershall Dea signed an agreement with Hokchi Energy, the Mexican subsidiary of Pan American Energy, to acquire a 37% non-operated participating interest in the Hokchi Block, with a conditional option to increase its participation up to 40% at a later stage.

Wintershall Dea is thus expanding its presence in Mexico and consolidating its position as one of the leading independent gas and oil companies in the country. Through this acquisition, Wintershall Dea will become the second-largest interest holder in the Hokchi Block after operator Hokchi Energy.

— Acquisition of material stake in the Hokchi Block offshore Mexico

— Current production from the Hokchi field at about 26,000 barrel oil equivalent per day

— Significant step towards a broader portfolio diversification in Latin America

Thilo Wieland, member of Wintershall Dea’s Management Board responsible for Latin America, emphasises: “Mexico is a growth country for Wintershall Dea, and the acquisition of the Hokchi Block interest is a clear sign of this. With Hokchi, we are gaining a producing asset that fully meets our strategic requirements, also in terms of efficiency and emissions. We are excited about continuing and further expanding our partnership with Hokchi Energy and its shareholder Pan American Energy.”

The Hokchi Block was awarded in Mexico’s licensing round 1.2 and is operated by Hokchi Energy. The shallow-water block is developed as a subsea tie-back to two offshore platforms, Satellite and Central, and was brought on-stream in May 2020 following an appraisal campaign.
The well stream is piped over a distance of 24 kilometres from the two offshore platforms to an onshore processing facility where oil and gas is separated and treated for further sale to the Mexican state company Pemex. The block is a key contributor to the total production led by private companies in Mexico. It currently produces around 26,000 barrels of oil equivalent per day with a planned ramp-up to a gross production of 37,000 barrels of oil equivalent per day by 2023.

Martin Jungbluth, Managing Director of Wintershall Dea in Mexico, underlines the importance of this new asset: “The Hokchi Block is located in the Sureste Basin, where we already have a strong portfolio of promising licences and which is therefore familiar to us. It’s near our Zama, Polok and Chinwol discoveries as well as our own operated exploration block 30. We are looking forward to contributing our expertise and working together with the operator to efficiently and safely produce the Hokchi Block.”

In Mexico, Wintershall Dea and Hokchi Energy are already partners in Block 2, located in the southeast of the Gulf of Mexico. In Argentina, Wintershall Dea and Pan American Energy have also enjoyed a long-standing partnership. Both companies share a focus on efficient production, technological innovation, social responsibility and the sustainable development of the assets in which they are engaged.

The transaction is subject to obtaining government approvals, including from Mexico’s National Hydrocarbons Agency (CNH) and antitrust agency (COFECE) and is expected to be closed before the end of the first quarter 2023.

With a 50% share, Wintershall Dea has been operator of the producing onshore Ogarrio oil field since 2018. The Mexican state company Pemex is a partner and holds the remaining shares. Wintershall Dea is the second largest shareholder in the world-class Zama discovery, after Pemex. In addition, Wintershall Dea has material interests in ten offshore exploration blocks located in the Gulf of Mexico, three of them as operator.

Wintershall Dea is Europe’s leading independent natural gas and oil company with more than 120 years of experience as an operator and project partner along the entire E&P value chain. The company with German roots and headquarters in Kassel and Hamburg explores for and produces gas and oil in 12 countries worldwide in an efficient and responsible manner. With activities in Europe, Russia, Latin America and the MENA region (Middle East & North Africa), Wintershall Dea has a global upstream portfolio and, with its participation in natural gas transport, is also active in the midstream business. More in our Annual Report.

As a European gas and oil company, we support the EU’s 2050 carbon neutrality target. As our contribution we have set ourselves ambitious targets: We want to be net zero across our entire upstream operations – both operated and non-operated – by 2030. This includes Scope 1 (direct) and Scope 2 (indirect) greenhouse gas emissions on an equity share basis. Wintershall Dea will also bring its methane emissions intensity below 0.1 per cent by 2025 and maintain zero routine flaring of associated gas in its operations. In addition, we plan to reduce emissions resulting from the use of hydrocarbons by applying CCS and low-carbon hydrogen technologies, potentially building up a business abating 20-30 million tonnes of CO2 per annum by 2040. You can find more about this in our Sustainability Report.

Wintershall Dea was formed from the merger of Wintershall Holding GmbH and DEA Deutsche Erdoel AG, in 2019. Today, the company employs around 2,500 people worldwide from almost 60 nations.