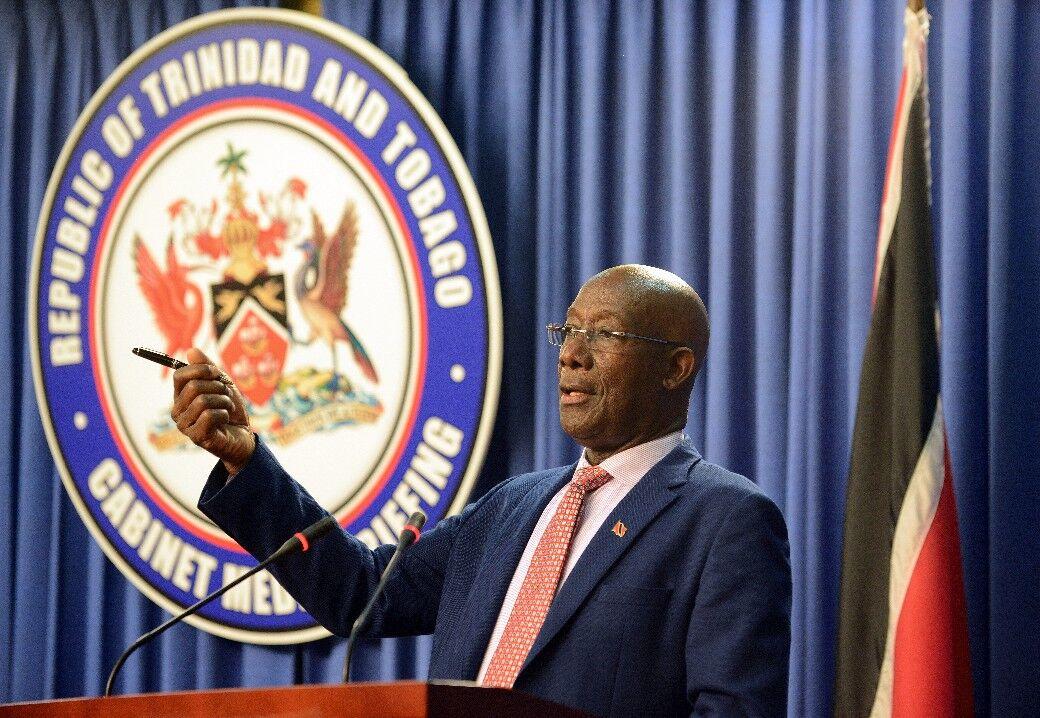 (Trinidad Express, 13.Sep.2022) — Prime Minister Dr Keith Rowley says if Trinidad and Tobago’s natural gas prospects do not improve in the next few years, this will have far-reaching consequences for Government revenues and for the quality of life of all citizens.

Rowley said yesterday that this was why his week-long trip to Europe for talks with global energy companies Shell, Proman and BP was so critical.

He said the trip was to ensure investments to prevent Trinidad and Tobago from being out of “life-saving” gas in the next few years.

“I can tell you that I am very pleased that we are well positioned for a continuation of the investment profiles of these three companies- BP, Shell and Proman- that are critical to the economy and the wherewithal for the people of Trinidad and Tobago,” Rowley said.

The Prime Minister slammed the Opposition United National Congress for trying to undermine Government’s efforts and for spreading false information about his trip to Europe.

Energy Minister Stuart Young accompanied Rowley on the trip to meet executives of Proman in Switzerland, BP in London and Shell in The Hague, Netherlands.

They left on September 2 and returned home on Sunday afternoon.

At a news conference yesterday at the Diplomatic Centre, St Ann’s, held to update the public on the outcome of the meetings, Rowley stressed that T&T was still very heavily dependent on earnings from the oil, gas and petrochemical sector.

He said without earnings from those three sectors, the Government’s budgetary arrangements can be “extremely challenging and dire”.

“So it is in the interest of Trinidad and Tobago to ensure that the best arrangements are in place in these three areas…,” Rowley said.

According to Rowley, oil production is “way, way down”.

He said at the peak of performance, T&T once produced 4.2 billion cubic feet of natural gas per day but as fields mature and gas is used up and not replaced, this has fallen to 2.9 cubic feet.

“And since the Government is not a producer and that the production is in the hands of other decision makers, it is important that the Government of Trinidad and Tobago be at the table where the decisions are made,” he stated.

He said the Government has received very good and positive responses from the energy companies it met with overseas.

He referred to “a particular diagram that shows what recent productions from recent fields have done with respect to allowing us to produce gas at the level that we’re producing now, which is 2.9 billion cubic feet. And if we do not make the decisions that are to be made now and the investments that are to be made now, the diagram shows that by 2026, 2027, 2028, the levels of gas that will be available in Trinidad and Tobago, if no new improvements are had, will have far-reaching consequences for Government revenues and I dare say, for the quality of life of all the people of Trinidad and Tobago”.

He said the Government has been working overtime in the last three to four years, and will continue to do so to ensure that the projections of the graph are turned around.

He said this could only happen by new investments and successful production from new gas fields.

“The fields that we are exploiting now, which we know and have in hand, which are producing gas for us now, it is a declining arrangement. With every day you extract 2.9 billion cubic feet, that’s 2.9 billion cubic feet less in the field and of course, it goes to zero in a known timeframe. So in order to maintain our earnings, even at the current level, we have to find new sources to add as replacement to sustain our current levels,” Rowley emphasised.

And that is why a delegation from this country led by the Prime Minister, including the Minister of Energy, could have and did sit down with those who are able to make those investments and hold out to us the prospect of finding new sources so as to maintain our production levels, our revenue levels and our standard of living,” he added.