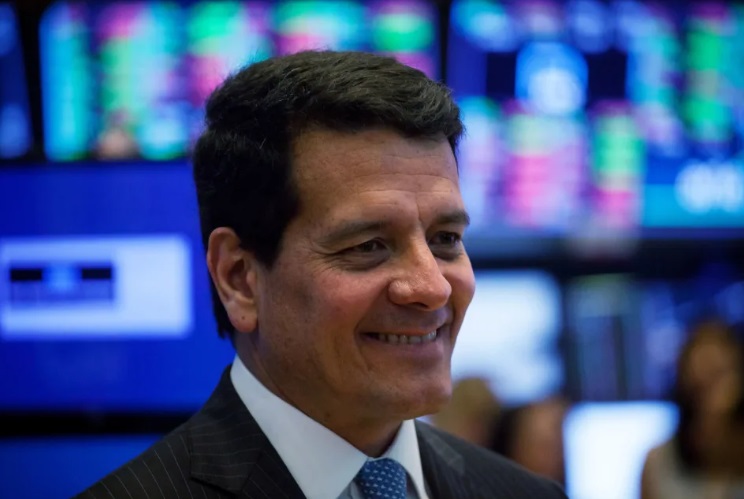 Ecopetrol is asking the government, it’s largest shareholder, to raise the reference price for when it starts charging oil export taxes. A bill presented this week includes a 10% export tax on oil, coal and gold when the price is above an international reference, which is $48 a barrel for crude. That compares to an average price of about $105 in the last six months.

The reference price is “too low,” CEO Felipe Bayon said in an interview on the sidelines of a business conference in Cartagena. “For me the threshold of $48 would need to go up.”

A ballpark number of about $65 to $70 a barrel would make sense, he said. Ecopetrol would have to pay up to 5 trillion pesos ($1.2 billion) in export taxes at current prices if the level is approved at $48. As it is, the levy would reduce Ecopetrol’s dividend payments by about half, according to Bayon. The benefit for the government is that it receives payments as soon as crude is exported, “which we understand is relevant.”

The leftist government of Gustavo Petro, which took office on Sunday, has said the tax reform is part of its wider plan to cut inequality and finance poverty-fighting programs. Petro has pledged to phase out the economy’s dependence on oil and coal, which currently account for about half of Colombia’s exports. As part of his campaign promises he said he won’t award any more exploration licenses, and has said the transition will take about 12 years.

The tax reform aims to boost 2023 tax revenue by the equivalent of 1.7% of gross domestic product. The tax bill also includes a proposal that halts deductions for royalty payments, which means higher costs for commodity companies.

Speaking at business association ANDI’s annual event in Cartagena, it’s head Bruce Mac Master cautioned that tax increases may lead companies to reconsider investing in Colombia. The group calculates that the effective tax rate for mining and hydrocarbon companies would jump to 87% if the tax bill passes in its current form, from 53% this year.

Ecopetrol doesn’t just have to contend with higher levies. The government also needs to reimburse it for subsidizing fuels. Rather than allow gasoline prices to rise in line with crude this year, the government has capped the increases. That means that at current prices, the subsidy costs the government between 2 and 3 trillion pesos a month.

The Petro administration has shown willingness to continue to pay, said Bayon, pointing to 19.2 trillion pesos earmarked in next year’s budget for such payment.

“They are very aware and we’ll continue to work with the government,” said Bayon. “I sense the right attitude.”

Still, the new tax plans won’t slow down Ecopetrol’s investment plans after it presented record earnings in the second quarter.

“We don’t want to slow down our investment,” said Bayon. “Prices are in a good place, our ability to execute is good: more rigs, more wells being drilled, more facilities being built.”

“All in all things are looking good,” said Bayon. “But you need to look at the potential implications of the tax reform and the fuel subsidies, the whole thing.