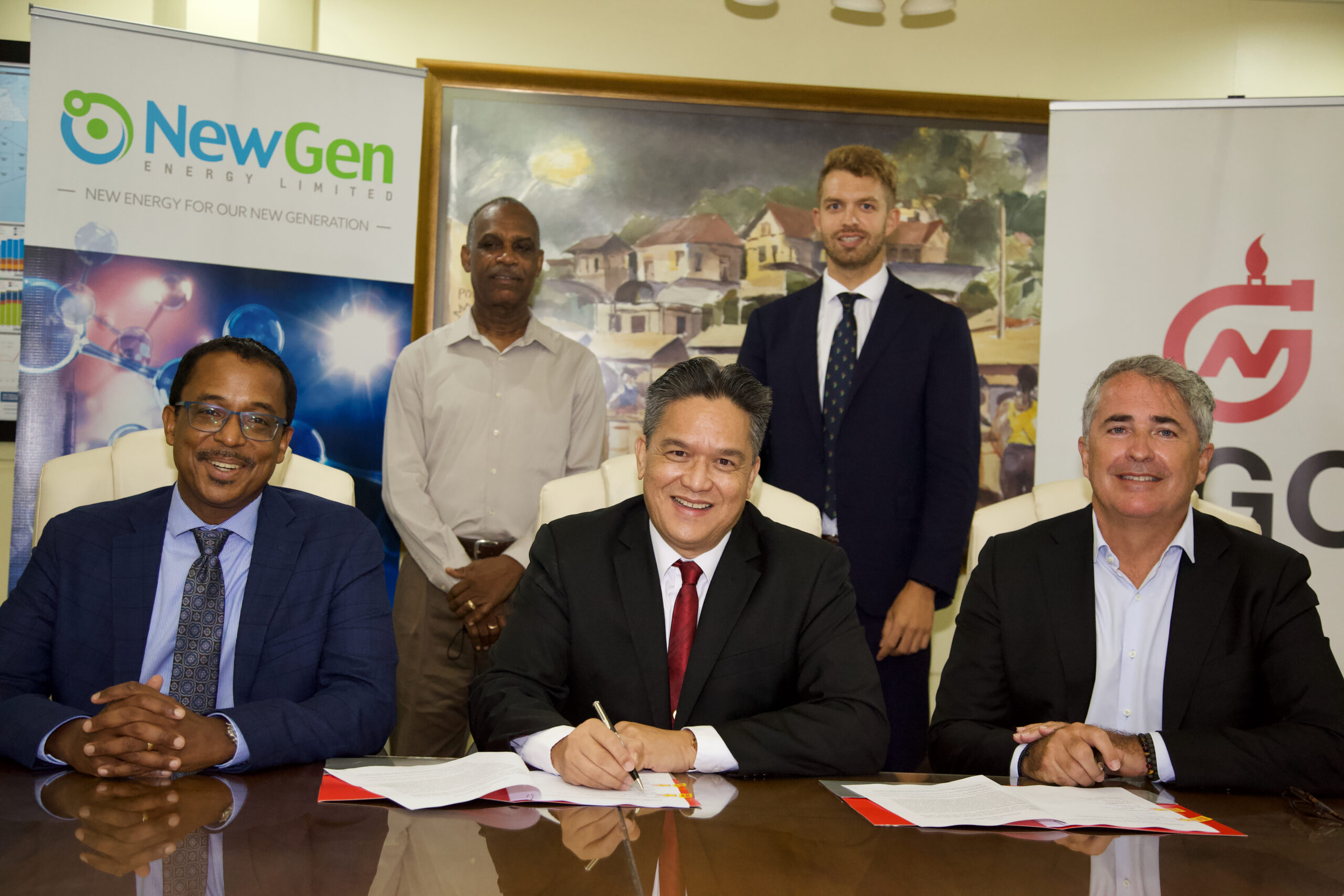 (NGC, 5.Aug.2022) — The National Gas Company of Trinidad and Tobago Limited (NGC) and NewGen Energy Limited have deepened their partnership to cooperate on the enabling of a sustainable hydrogen economy for the energy sector of Trinidad and Tobago. On 4 August 2022 both companies signed a non-binding Heads of Agreement (HOA), which outlines the framework for the establishment of Binding Definitive Agreements between the relevant parties, once acceptable terms can be reached.

The HOA follows the signing of a Letter of Intent in May 2022, which expressed NGC’s intention to work collaboratively with NewGen to further evaluate the development of NewGen’s hydrogen production facility.  This evaluation has rapidly progressed, and the signing of this HOA includes the commitment from NGC and NewGen to jointly establish working teams that will now engage key related public and private stakeholders in this ground-breaking project development of a cleaner energy supply for Trinidad and Tobago.

The HOA is a further milestone that advances the country’s transition to a lower carbon future through low-carbon and green hydrogen production. It is the next key step in the progression of the development of the $250M USD NewGen hydrogen production facility in Point Lisas.

Noting the significance of the HOA, NGC President Mark Loquan commented, “The NGC Group has been progressively demonstrating its commitment to lead the energy sector of Trinidad and Tobago into the new energy future. NGC is committed to collaborating with NewGen and all critical stakeholders in developing a low carbon future. We are well-positioned to support the country’s pursuit of a greener hydrogen economy, in a similar role that NGC played in the establishment of T&T’s existing world class hydrogen economy with natural gas. Agreements such as this HOA with NewGen Energy, coupled with the right partnerships, frameworks, and policies, has the ability to launch Trinidad and Tobago into a position of global leadership in clean energy.”

“NewGen is delighted that our partnership with NGC continues to progress apace,” said Philip Julien, Chairman of NewGen. “We are confident that our continued collaboration with NGC will lead to a further acceleration of the provision of Greener Hydrogen to Trinidad and Tobago, and that the NewGen Project is advanced towards a final investment decision consideration as soon as possible. We look forward to engaging with NGC and all relevant stakeholders, as we collectively contribute to the transition and decarbonisation of Trinidad and Tobago’s energy sector.”