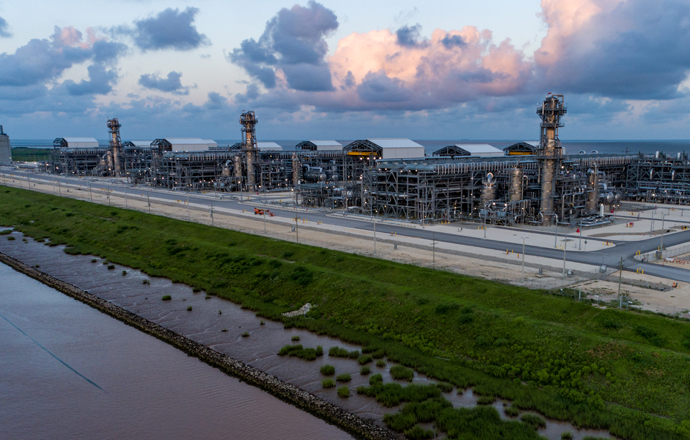 At approximately 11:40AM CT on 8 June 2022, an incident occurred at the Freeport LNG liquefaction plant on Quintana Island, Texas that resulted in the release of LNG, leading to the formation and ignition of a natural gas vapor cloud, and subsequent fire at the facility.  As reported previously, there were no injuries, and at no time did the incident pose a threat to the surrounding community.  In accordance with Freeport LNG’s safety design parameters, the LNG vapor cloud dispersion and ignition thereof were at all times contained within the fence line of the liquefaction facility, lasting approximately 10 seconds.  The fire and associated smoke visible thereafter were from the burning of materials in and around the location where the incident occurred, such as piping insulation and cabling.  With the assistance of local area emergency response personnel, the resultant fire was extinguished approximately 40 minutes after the initial incident.  While the burning of those materials resulted in carbon monoxide, nitrous oxide, particulate matter, sulfur dioxide and volatile organic compound emissions, these were of limited quantity due to the short duration of the fire and not at levels that posed any immediate risk to Freeport LNG personnel or the surrounding community.  There was no release of any other chemicals or substances from the plant during the event.  Water used to suppress the subsequent fire was captured on site, and will be tested and confirmed free of any harmful contaminants before being released or removed for proper disposal.

The incident occurred in pipe racks that support the transfer of LNG from the facility’s LNG storage tank area to the terminal’s dock facilities located on the intracoastal (i.e., north) side of Freeport LNG’s dock basin.  None of the liquefaction trains, LNG storage tanks, dock facilities, or LNG process areas were impacted.  In coordination with local, state and federal officials, Freeport LNG’s investigation into the cause of the incident, and what steps are necessary to safely resume liquefaction operations, is underway.  Preliminary observations suggest that the incident resulted from the overpressure and rupture of a segment of an LNG transfer line, leading to the rapid flashing of LNG and the release and ignition of the natural gas vapor cloud.  Additional investigation is underway to determine the underlying precipitating events that enabled the overpressure conditions in the LNG piping.

At this time, completion of all necessary repairs and a return to full plant operations is not expected until late 2022.  Given the relatively contained area of the facility physically impacted by the incident, a resumption of partial operations is targeted to be achieved in approximately 90 days, once the safety and security of doing so can be assured, and all regulatory clearances are obtained.

Freeport LNG is mindful of the impact this incident and our suspension of operations has on our personnel, our surrounding community, and the domestic and international gas and LNG markets.  We have immense gratitude for the selfless efforts undertaken by Freeport LNG operators and emergency response personnel and local emergency responders to quickly address and contain the impacts of the event on our facilities, our personnel, and the surrounding community.

Freeport LNG is an LNG export company headquartered in Houston, Texas. The company’s three train, 15 MTPA liquefaction facility is the seventh largest in the world and second largest in the U.S. Freeport LNG’s liquefaction facility is the largest all-electric drive motor plant of its kind in the world, making it the most environmentally sustainable site of its kind. The facility’s electric drive motors reduce carbon emissions by over 90% relative to gas turbine-driven liquefaction facilities. Freeport plans to expand by adding a fourth liquefaction train, which has received all regulatory approvals for construction. Freeport was formed in 2002 to develop, own and operate an LNG terminal on Quintana Island, near Freeport, Texas. The terminal started LNG import operations in June 2008 and began LNG export operations in 2019. Further information can be found on Freeport’s website at www.freeportlng.com.