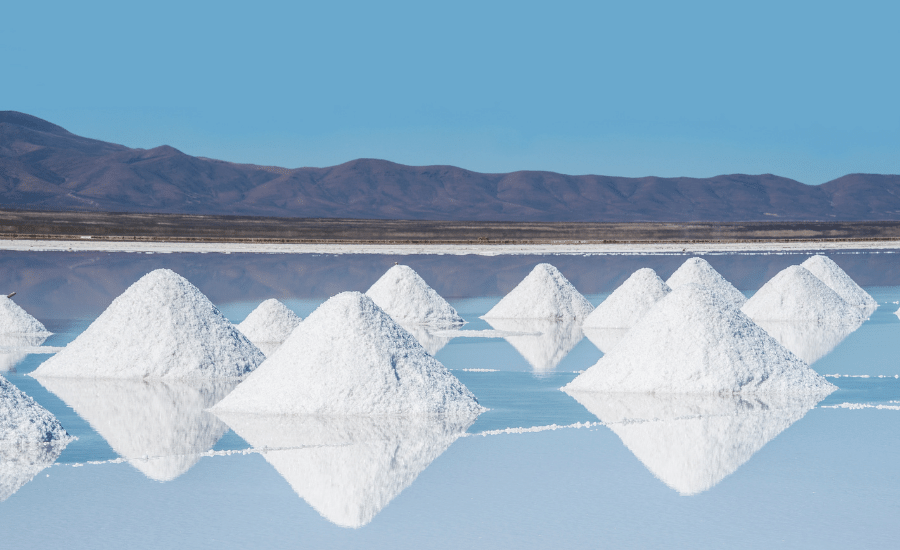 (Argentina Lithium, 2.May.2022) — Argentina Lithium & Energy Corp. (TSXV: LIT) (FSE: OAY3) (OTC: PNXLF) announces the completion of geophysical surveys at its Rincon West lithium project in Salta Province, Argentina. The results of these deep-seeking geophysical studies expand the potential extent of conductive brine aquifers at the project and will be used to target drilling at the property, due to begin in May 2022.

“The TEM surveys suggest that interpreted brine aquifers extend substantially further west and south than indicated by earlier electrical surveys, demonstrating greater potential than expected by the previous owners. We plan to begin drilling in May to test these targets. These new geophysical data allow us to assess potential aquifer quality and depth prior to drilling, which is extremely advantageous for targeting.” stated Miles Rideout, V.P. of Exploration.

The TEM surveys, data modeling and presentation were completed by the Argentinean subsidiary of Toronto-based Quantec Geoscience Ltd., (“Quantec”). Quantec is a recognized leader in the industry, with experience spanning over 40 countries with over 5,000 geophysical projects. Quantec has considerable experience in the provision of qeophysical services for the evaluation of salars in the Puna Region of Argentina.

A total of 190 soundings were completed at 200 metre intervals along six east-west lines and two transecting lines, with a north-south line spacing of between 1400 and 1900 metres (see Figure 1). Data were acquired with a Geonics Ltd. PROTEM System operated in centre-loop sounding mode with 200m transmitter loops. The sounding data were recorded at 2.5 and 25 Hz. repetition rates. The data were modelled with 1-D resistivity-depth inversions, which were compiled as 2D resistivity transects of the project. The maximum depth of investigation varied from 200 metres to as much as 1700 metres below surface.

Figure 1 presents a map showing the extent of highly conductive subsurface strata at the project (shaded yellow), interpreted from the TEM to represent the potential extent of concentrated brine aquifer. The prospective ground defined by the TEM survey covers 1,570 hectares or approximately 64% of the project.

Figure 2 presents a sequence of TEM sections overlaid on the interpretation map. The upper bound of each section represents the topography of the terrain at surface. The lower extent of each section represents the maximum depth of investigation, not the limit of the conductive targets. In this presentation, warm colours shading red-to-purple designate electrically-conductive strata consistent with brine aquifers in a salar setting. Cold colours (blue-white) represent resistive units interpreted to lack lithium brine potential. The presented resistivity unit is Ohm-m.

Based on published drill data and geophysics from similar salar projects, the Company expects prospective aquifer zones to exhibit resistivities below approximately 5 Ohm-m. Brine-rich porous units are expected to produce resistivities on the order of 1 Ohm-m.

David Terry, Ph.D., P.Geo. is the company’s Qualified Person as defined in National Instrument 43-101. Dr. Terry is responsible for oversight of the company’s early-stage exploration at the Rincon West property.  The disclosure in this news release has been reviewed and approved by Dr. Terry.