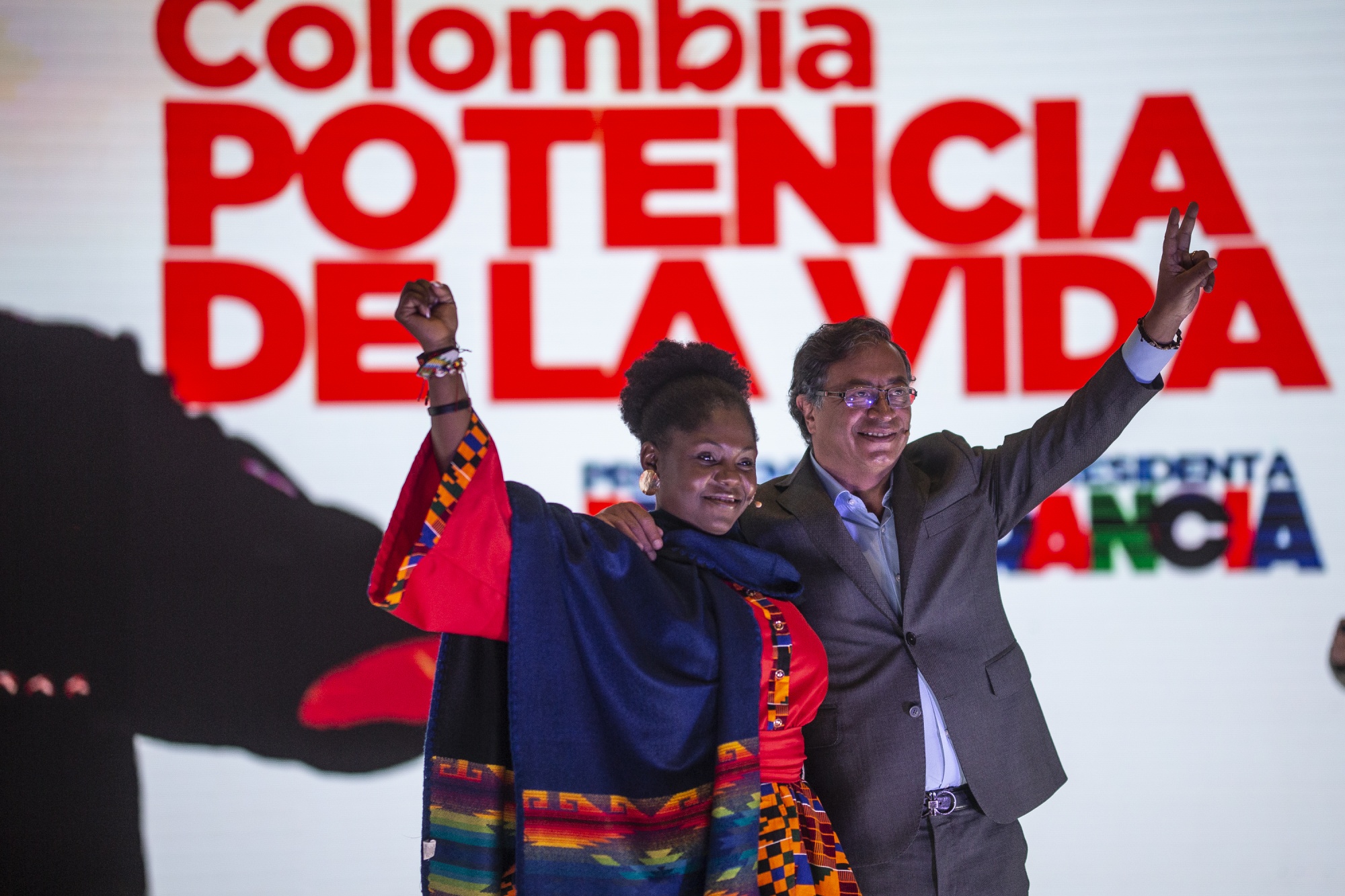 (Bloomberg, 23.Mar.2022) — Gustavo Petro, who’s leading Colombia’s presidential race with a campaign focused on wealth redistribution and a green economy, doubled down on his approach by picking as his running mate a 39-year-old Afro-Colombian woman who’s an environmental activist.

Francia Marquez pledged to move the Vice President’s office from the capital to Medellin, Colombia’s second city. Petro said that her role would include promoting equality for excluded regions and ethnic groups. Colombians vote for president in May with a potential runoff in June.

“We have no doubt that on May 29 we’re going to win the presidency in the first round,” Marquez said Wednesday, speaking alongside Petro in Bogota. “Colombia can’t tolerate any more injustice, any more suffering, any more hunger.”

Petro’s approach contrasts with the more usual tactic of presidential candidates trying to reach out to centrist voters with their choice of vice president. Marquez, who comes from a poor and war-torn region of western Colombia, got more than 780,000 votes in primaries this month.

“Francia will gain him votes, and shore up the cohesion of the left,” said Jorge Restrepo, director of CERAC, a Bogota-based political research group that monitors the nation’s conflict. She will also help him gain more votes from women, he added.

Like millions of Colombians, Marquez was displaced by armed groups. Her opposition to illegal gold projects in her native Cauca province earned her the enmity of the gangs who control the business, and led to threats which forced her to flee in 2015.

In 2018, Marquez was awarded the Goldman Environmental Prize for her work in fighting illegal mining projects, which poison Colombia’s rivers with mercury, including the Amazon. She led a 350 mile (560 km) march of 80 women to Bogota, which resulted in the removal of all illegal miners and equipment from her community, according to the prize committee.

Petro is leading in all major opinion polls, and two recent surveys show that he would beat any of his rivals in a runoff.

At the event, Petro also reiterated his anti-fossil fuels stance, saying that Colombia’s coal reserves should stay under the ground. Coal is the nation’s biggest export after oil. He also pledged to create a ministry of equality.

By Oscar Medina. With assistance by Ethan Bronner