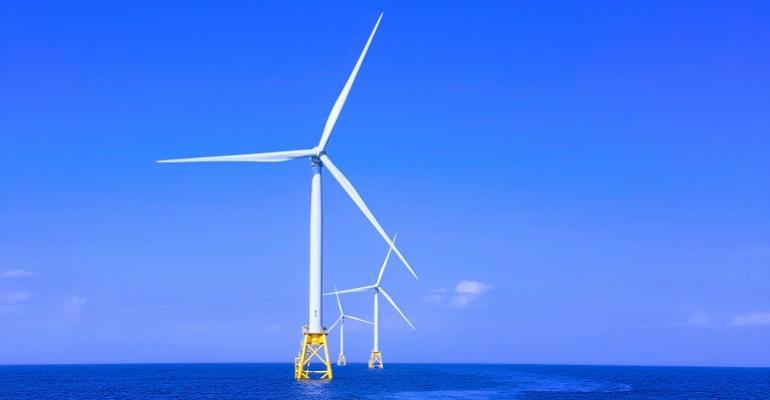 (Colombian Mines and Energy Ministry, 8.Mar.2022) — The Minister of Mines and Energy, Diego Mesa, launched this Tuesday the Offshore Wind Energy Roadmap in the margins of CERAWeek 2022, the most important event in the energy sector that takes place in Houston, Texas.

“Today represents a milestone for Colombia and its Energy Transition. With the Offshore Wind Energy Roadmap, we are stepping up in the process of having a cleaner and more diverse energy mix. The country has a potential for power generation of 50GW with offshore projects that almost triples the current installed capacity of the entire country which is 17.7 GW,” said the Minister of Mines and Energy, Diego Mesa.

Investments in offshore wind energy projects are estimated to be as high as $27bn by 2050.

With the aim of continuing to promote clean energy in the country, the Ministry of Mines and Energy witnessed and supported the signing of a Memorandum of Understanding between the Copenhagen Infrastructure New Markets Fund (CIP) and the Mayor’s Office of Barranquilla, through its company Alumbrado Público de Barranquilla S.A.S. (APBAQ), which will execute the  first offshore wind energy project in the country.

“We have produced 2.8GW in contracted power with unconventional generation in the last two and a half years. We are taking the policies of the National Government and making them succeed in terms of Energy Transition. This project will generate jobs and an energy solidity that is very important for the country”, said the mayor of Barranquilla, Jaime Pumarejo.

The project, which will be developed near the city of Barranquilla, Atlántico, would have an installed capacity of 350 MW.  If the project proposal is approved by the corresponding Colombian authorities, APBAQ and CIP will advance in an agreement to execute the initiative.

In this regard, the Ministry of Mines and Energy and the General Maritime Directorate (DIMAR) are working in a coordinated manner to define the process of allocation of marine areas that will enable  the development of pilots and and offshore wind projects.

Since August 2018, the government has managed to multiply by 25 times the installed capacity of renewable energy sources with a peak capacity of 725.38 MWp that are equivalent to the consumption of 547,402 families and contribute to the reduction of 921,333 tons of CO2 per year. Currently, we have 20 solar farms, 2 wind farms, 10 large-scale self-generation projects and more than 2,500 small-scale self-generation photovoltaic solar projects.