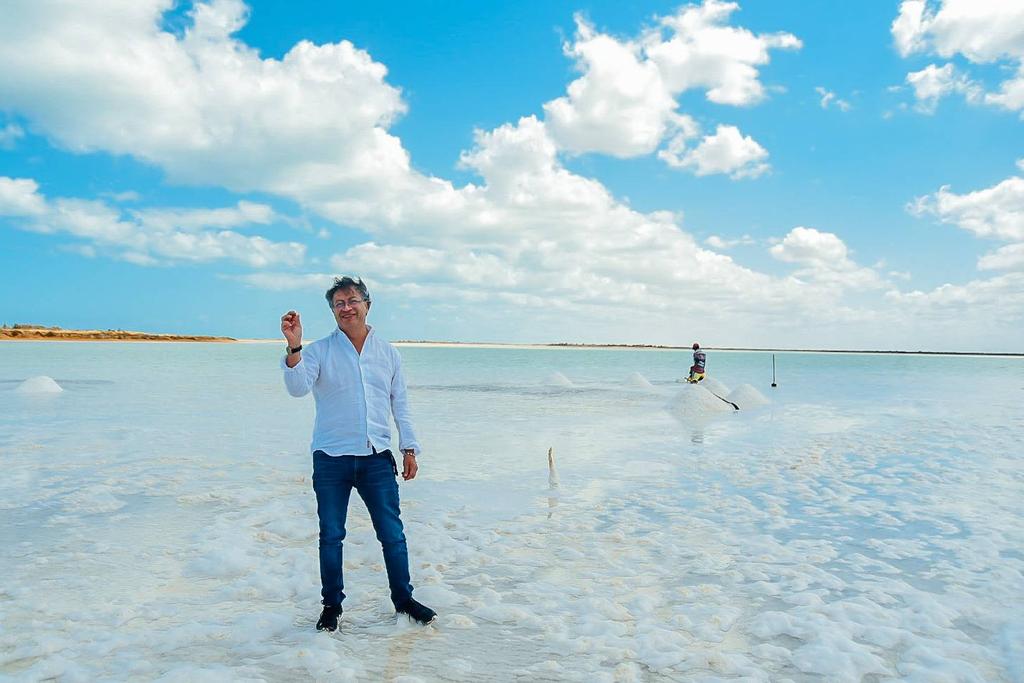 (Energy Analytics Institute, 1.Mar.2022) — Colombia’s so-called progressive lawmaker Gustavo Petro continues to top early polls ahead of presidential elections slated for 29 May 2022. A Petro victory would represent a drastic politically shift left of center and usher in a climate conscious leader openly against hydraulic fracking and new hydrocarbon exploration. Such a change could jeopardize Colombia’s quest to boost oil and gas reserves set to run out in less than a decade. However, ongoing economic pressures and opposition backed legislation have potential to moderate Petro’s stance and buy the fossil fuel industry more time.

Presidential hopeful Petro continues to steal the media spotlight in the lead up to Colombia’s legislative elections on 13 Mar. and first-round presidential elections on 29 May. Petro, a former mayor of Colombia’s capital Bogotá and current lawmaker, continues to campaign under the “volunteer for change” political slogan which forms part of his plans to transform Colombia and make it a “fairer, safer place, full of opportunities for current and future generations, by working together.” Petro, who was runner up in the last presidential race against conservative Iván Duque, is currently the top candidate from the left leaning Pacto Historical political alliance.

Petro continues to boost his appeal among voters as citizens continue to view President Duque as unpopular owing to rising living cost. Disapproval with Duque’s tenure rose to 73% in Feb. from 71% in Dec., down from a peak of 76% in Apr. 2021, according to poll data published Feb. 16 by Invamer. In comparison, Petro’s approval rating rose to 42% in Feb. from 34% in Dec. while his disapproval dropped to 40% from 44%, respectively.

“Petro is benefiting from strong demand for change, which is also continuing to grow,” Eurasia Group analyst Sara Torres Raisbeck and Maria Luisa Puig wrote Feb. 22 in a note to clients. Petro retains the highest approval ratings among presidential candidates and appears poised to win a spot in the Jun. 19 runoff with Medellin mayor Sergio Fajardo, former Bucaramanga mayor Rodolfo Hernández, and former Medellín mayor Federico Gutiérrez all well positioned to also advance. “Petro would have an advantage over most candidates, with Sergio Fajardo… likely to be the most challenging opponent for him to beat,” the Eurasia analyst said.

It’s still too early to pick a potential winner in the presidential election, but Colombia is rejecting the “status quo.” The country is drifting towards the left of the political spectrum and candidates like Petro, and away from the right, most likely represented by Hernández, and even more center balanced candidates like Fajardo, according to polling details republished recently in a joint report by Americas Market Intelligence (AMI) and Valora Analitik.

Petro’s plans for Colombia revolve around four axes which guarantee a 1) move towards clean and renewable energies; consolidating rail and electric transport systems; promoting sustainable tourism; protecting ecosystems, biodiversity and vital resources, 2) effective political participation of women, 3) food security , and 4) health as a right, not as a business.

Oil and gas investors are most alarmed by Petro’s plans for a rapid economic decarbonization by ceasing any new oil and coal exploration and replacing thermal generation with non-conventional renewable energies, according to AMI and Valora Analitik.

Still, Petro will face constraints from institutional to economic, so the concepts of intent and capability come into play, Control Risks Associate Director Ani De la Quintana told Energy Analytics Institute from Bogotá. “Does he have the intent? Yes. Does he have the capability? No. The reasons are not only economic but also because these are very powerful interests that he will be touching. So, he will not do exactly what he is saying,” said De la Quintana.

Colombia’s mining and energy as well as power sectors remain key components of the country’s economy. In recent years, the three sectors comprised around 7% of Colombia’s gross domestic product (GDP) and 12% of government revenues and exports, according to the country’s Ministry of Mines and Energy. When isolated, the extractive mining and energy sectors represented around 34% of foreign direct investment (FDI) and 56% of exports.

Petro’s plans for the extractive industries could be kept in check by an opposition controlled congress and economic pressures, De la Quintana added. Congressional elections and ongoing pressures to boost government income will be headwinds in his way.

A tax reform announced by Duque in 2021 sparked weeks of social unrest and created logistic nightmares for extractive and other industries. While the tax reform was reversed and protests finally subsided, economic issues such as “income inequality and labor market informality” and others linger, according to the World Bank.

The leftist tidal wave is only gaining strength across Latin America amid formidable representation in major countries from Alberto Fernández in Argentina, Nicolás Maduro in Venezuela, Andrés Manuel López Obrador (AMLO) in Mexico, Pedro Castillo in Peru and Gabriel Boric recently elected in Chile. Brazilian presidential elections on 2 Oct. could see the return of former leftist President Luiz Inacio Lula da Silva. The addition of Colombia and Brazil to the list would again shift Latin America overwhelmly to the left.

The leftist leaders could perceivably unite around issues from economic integration to immigration as they all share similar desires to rebuild economies ravaged by the pandemic while preparing for the energy transition. Petro’s ability to forge relationships with the new left could prove vital for Colombia if Washington distances itself from Petro amid constanct weariness of the Latin America left.

“[Petro’s] been very careful not to align himself with the right or the left. He always talks about Colombia first and what’s best for Colombia, regardless of who’s running neighboring [Latin American] countries,” said De la Quintana. “Due to the timing and political, institutional and economic environment that Petro’s going to be facing, we see him being much more pragmatic and probably closer to an AMLO than to a Lula in his first and second terms,” she said.