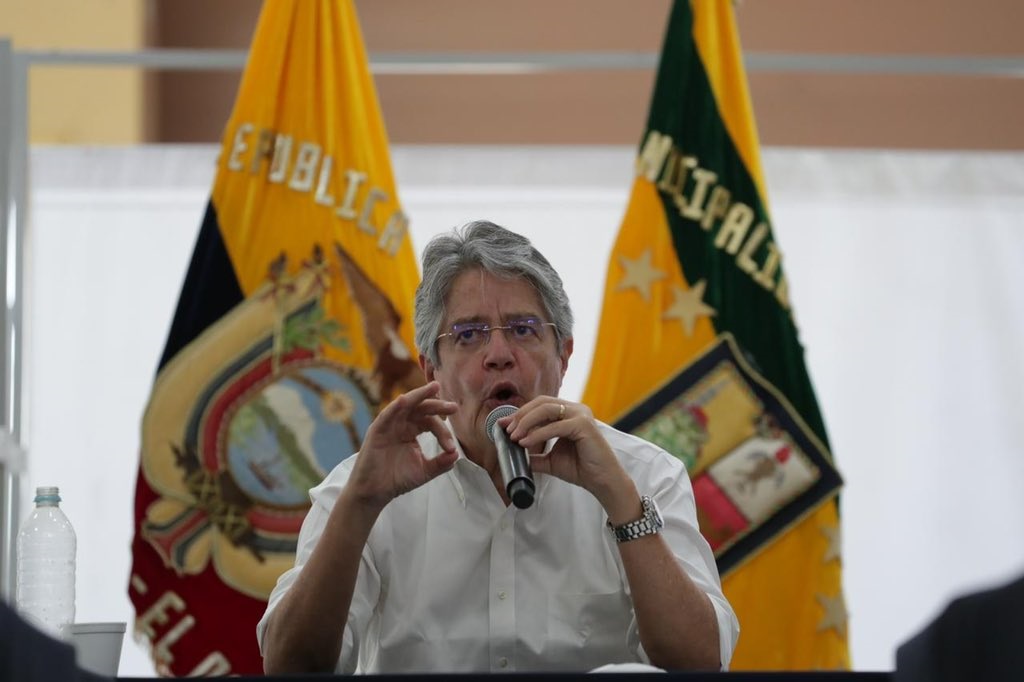 (Bloomberg, 23.Feb.2022) — At a time when bond investors are feeling the burn pretty much everywhere, a developing nation infamous as a serial defaulter has emerged as a surprising bright spot.

Ecuador’s dollar bonds have returned 6.4% this year, compared with an average loss of 4.2% for emerging markets, according to data compiled by Bloomberg. They’ve done even better since the election of conservative President Guillermo Lasso in April, jumping 45%, the best in emerging markets.

While the prospect of Federal Reserve interest-rate hikes and a conflict between Russia and Ukraine have hurt investor appetite for riskier assets, Ecuador’s bonds are proving resilient. That’s in part thanks to a 23% rally this year for oil, the country’s top export. Investors have also been encouraged by Lasso, who has managed to hammer out a new deal with the International Monetary Fund and trim the fiscal deficit.

Ecuador’s international reserves have jumped 45% in a year to $8.41 billion, close to 8% of gross domestic product and near a record.

“It’s one of the few countries which managed to implement structural reforms in the last few years,” said Henry Stipp, an investor at Mackay Shields U.K. in London. Ecuador “is doing the right thing.”

After defaulting for the ninth time in its history in 2020, Ecuador restructured its debt. Then came Lasso’s surprise runoff victory in April 2021. Its notes now yield about 7.6 percentage points over U.S. Treasuries, down from as high as 12 percentage points a year ago, JPMorgan Chase & Co. indexes show. On Tuesday, BancTrust recommended buying Ecuadorean bonds, citing the jump in oil prices.

Investors also point to Lasso’s successful vaccination campaign among the positive drivers for the economy. Despite a hostile opposition majority in the National Assembly, Lasso was able to fast-track tax reform that raised levies for high earners and big corporations and included a temporary wealth tax to meet terms agreed upon with the IMF.

He slashed the fiscal deficit, which Finance Minister Simon Cueva hopes will drop to 2% of gross domestic product this year from 3.5% in 2021.

Ecuador may get “a bit more” than the $700 million originally expected from the IMF this quarter, Cueva said in an interview this month. By the end of the year, the nation will have finished implementing the reforms it agreed to under its $6.4 billion deal, and will explore a new program with the fund, he added.

Some technical factors may have helped the bonds. Besides the obvious benefit from oil prices, Ecuador’s relatively shorter-term debt profile has fared better amid a backdrop of rising global rates. Its three bonds in the market mature in 2030, 2035 and 2040.

Despite the optimism, Lasso is walking a tightrope to push through change while not upsetting unions, powerful indigenous groups and political rivals. He’s attempting to lure investors despite a legislature controlled by anti-business interests, with the populist supporters of former President Rafael Correa holding the largest block of seats.

Lasso, a 65-year-old former banker, has toyed with the idea of a quick return to markets. While a bond sale would mark a normalization of relations with the market once the IMF agreement ends late this year, Cueva says Ecuador will only pull the trigger in an orderly and transparent way. Barclays Plc economist Alejandro Arreaza wrote in a report that reducing any issuance size or avoiding a deal altogether would be most prudent.

Investors are also looking for progress on business-friendly changes to investment and labor laws. Lasso on Feb. 22 submitted a fast-track bill aiming to attract foreign investment through public-private partnerships and in duty-free zones.

“Ecuador has been rock solid, and that’s a function of Lasso’s ability to steer his reform agenda through,” said Patrick Esteruelas, head of research at Emso Asset Management.