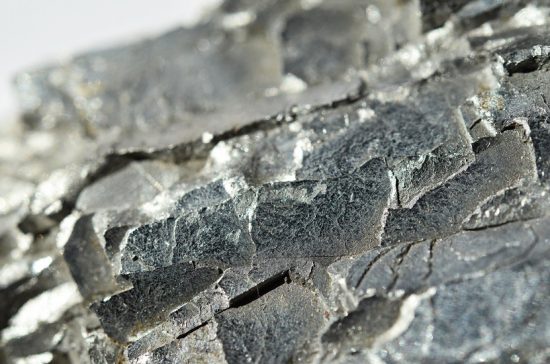 The collection of geochemical samples accompanied detailed geological mapping, focusing on the structures, breccias, and geophysical anomalies. Chip, dump, and channel samples were collected around El Molino, El Rubi and the northern portion of the Macho Libre Target. The southern and southeastern portions of Macho Libre were not covered by the geophysics survey. However, geological mapping and rock, chip-channel sampling led to the definition of new targets called Los Cantiles and El Oriental, as well as new structures around the Macho Libre area.

The Los Cantiles Target is located at the southern extension of El Rubi (south-western side of Macho Libre). The chip channel samples were collected from an irregular structure, an andesitic dyke and hydrothermal altered breccia. Fourteen of the eighteen samples returned an average grade of 1.6 g/t gold and 54.7 g/t silver and maximum values of 5.7 g/t gold and 148 g/t silver. Another breccia with quartz stockwork yielded a result of 1.69 g/t gold and 23 g/t silver.

At the El Molino Target, south-east of the El Rubi Deposit, the target is characterized by several structures with strong silicified brecciation and with evident boiling-type quartz textures. Several new structures (potential drill targets) were identified in Q4 2022. Due to lateness in the season, most of the geochemical results are pending. Initial chip-channel results on some breccias returned 1.6 g/t gold, 0.5 g/t gold, 0.3 g/t gold, and 0.2 g/t gold respectively. These initial results combined with the previously published geochemical results, confirm the El Molino Target exhibits continuously high gold and silver geochemical anomalies, south-eastward along the trend.

Silver Viper plans to drill as soon as the targets are fully defined and understood. The exploration team continues with detailed mapping and sampling and await the pending analytical results.

Silver Viper’s President and CEO Steve Cope states, “The ongoing exploration program is showing the potential to host significant mineralization at many locations within the Property. We look forward to testing a number of the preferred targets with the anticipation that additional discoveries will materialize”.

La Virginia is located 220 kilometres east-northeast of Hermosillo, Sonora and is prospective for low-sulphidation epithermal precious metal mineralization.  The Property and historical exploration database were acquired by way of option agreements made with two distinct parties. Gold and silver mineralization at La Virginia occurs within breccias, veins and stockworks, hosted primarily by andesitic volcanics, often in close spatial association to, or cross-cutting pre-mineral dacite dykes and controlled by fractures and faults that define the regional structural trend.  Silver Viper’s reconnaissance program identified key targets and trends which are of primary interest and subsequently filed strategic reductions in claims to attain the current project surface area of 6,882 hectares.

Silver Viper has completed a total of 141 drill holes at La Virginia for a combined 44,687 metres. Exploration drilling has paused awaiting the processing of the geophysical survey data along with the interpretation of mapping and sampling data.  Drilling has been completed by Hermosillo-based drill contractor, Globexplore Drilling Corp. Drilling by the company to date builds upon a sizeable database of recent historical work including 52,635 metres of drill core from 188 diamond drill holes, generated by the efforts of previous operators between 2010 and 2013. The company is expanding upon this work by continuing exploration north and south into prospective untested ground.

Silver Viper has possession of all current and historical diamond drill core and sample pulps as generated on the property since 2010. The company has conducted a review of the historical drilling data by physical checks of existing drill pads and drill core and verified the tenor of mineralized intervals by portable XRF on core and sample pulps. Silver Viper has further confirmed the veracity of historical data by diamond drilling of ten core holes at Las Huatas, Con Virginia, and the northern extension of El Oriental target areas. This work confirms the accuracy of location and ranges of mineralization as indicated by the 2010-2013 database.

Tatiana Alva Jimenez, P.Geo., Vice President of Exploration of the Belcarra Group Management, is the ‘Qualified Person’ under National Instrument 43-101 and has reviewed and approved the scientific and technical information contained in this news release. Ongoing verification of scientific and technical information is achieved by direct involvement in exploration work, the most recent site visit was conducted in November 2022.

Silver Viper Minerals Corp. is a Canadian-based junior mineral exploration company focused on precious metals exploration in the northwestern Mexican state of Sonora. The company currently operates the La Virginia Gold-Silver Project. Silver Viper has 100% ownership of the La Virginia concessions acquired from the most recent operator, Pan American Silver Corp., and has an option to acquire a 100% interest in the Rubi-Esperanza group of claims internal to those concessions. Silver Viper is under management provided by the Belcarra Group, which is comprised of highly qualified mining professionals.