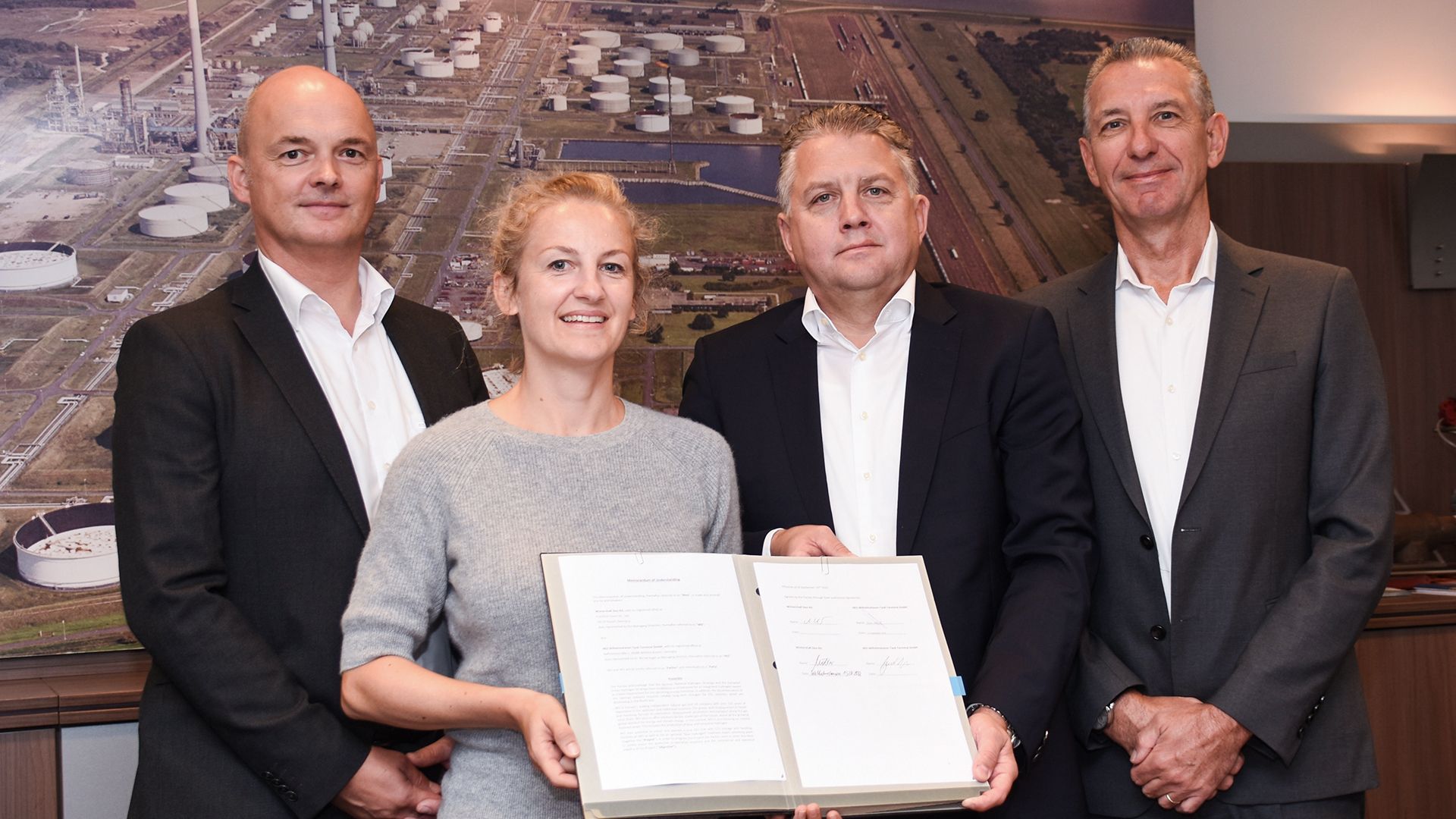 It is expected that CO2, which cannot be avoided in the industrial process, will be captured from German industrial sites and transported to the planned CO2nnectNow hub. From there, the CO2 will first be shipped, later transported via pipeline, from Germany’s only deep-water port to geological formations in the Norwegian and Danish North Sea to be permanently and safely stored. This process is called Carbon Capture and Storage (CCS) and will be key to decarbonising the hard-to-abate-industries in Germany.

HES Wilhelmshaven Tank Terminal was selected as the home for CO2nnectNow due to its strategic location, deep draft quay, and extensive industrial and rail infrastructure. A study has been launched to determine the feasibility of the project, with its results expected to be received in 2023.

In May 2022, Wintershall Dea, Europe’s leading independent gas and oil company, presented BlueHyNow, a planned project to produce large quantities of hydrogen from natural gas in Wilhelmshaven. It is expected that the CO2 generated by BlueHyNow will also be captured and collected at CO2nnectNow.

Wintershall Dea has recently announced a partnership with Equinor aiming to connect Germany and Norway via a 900-kilometre CO2-pipeline. The pipeline is estimated to have an annual capacity of up to 40 million tonnes by 2032 and will enable the safe transportation of CO2 from the German coast to the Norwegian North Sea.

“Only with CCS, Germany can achieve its climate targets. The North Sea, especially Norway and Denmark, offers enormous potential and Wilhelmshaven is perfectly located in Northern Germany. We are delighted to have found an experienced and locally rooted partner in HES to mature our CO2nnectNow project,” says Klaus Langemann, Senior Vice President Carbon Management & Hydrogen at Wintershall Dea.

“At HES International, we are pursuing sustainable growth, with a strong focus on opportunities in the energy transition such as hydrogen, CO2 and clean fuels. Our Wilhelmshaven Tank Terminal has an ambition to play a central role in Northern Germany’s energy transition. The terminal is very well positioned to do so, with ample land available for development, and extensive jetty and rail capacity. Collaboration will be key, if we are to be successful in making a meaningful contribution to the region’s decarbonization goals, in line with the European Green Deal,” adds Martijn Fock, Business Development and Commercial Director at HES International.

Studies (e.g. by the Öko-Institut and Agora Energiewende) confirm that CCS will be a key technology in enabling Germany to reduce its emissions from industry and agriculture. Wintershall Dea therefore plans to decrease emissions by applying CCS and low-carbon hydrogen technologies, potentially building up a business abating 20 to 30 million tonnes of CO2 per year by 2040.

CO2nnectNow is planned to become a crucial building block for achieving these goals if from 2028 onwards more than 10 million tonnes of CO2 are gradually exported annually from Wilhelmshaven to safe offshore deposits.

You can also find more information about BlueHyNow here: Wintershall Dea is helping to shape the Energyhub Wilhelmshaven.

For further Information about our partnership with Equinor and the planned CO2-Pipeline: Wintershall Dea and Equinor partner up for large-scale CCS value chain in the North Sea | Wintershall Dea AG