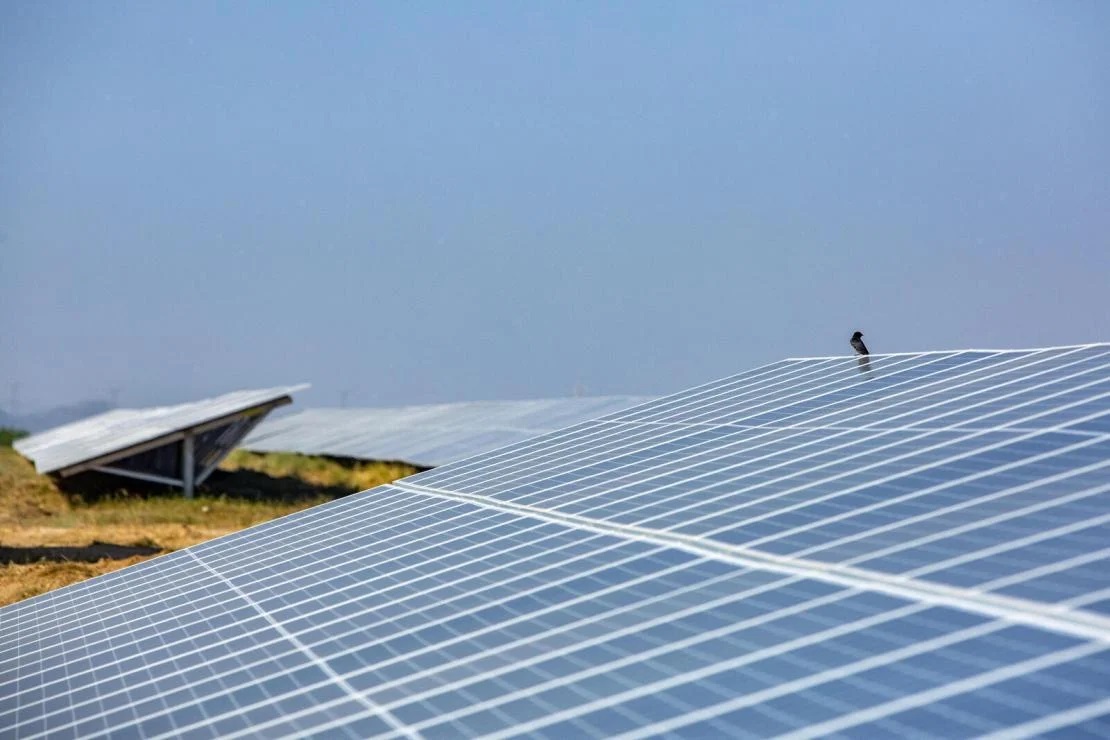 The ceremony marked the completion of the construction works and the startup of the plant, which is now connected to the national grid.

Located 80 km West of Doha, the Al Kharsaah plant is the first large scale photovoltaic plant in Qatar with 800 MWp installed solar capacity. The plant was constructed on a 1000-hectare terrain, equivalent to approximately 1400 football pitches, and integrates 2 million high-efficiency bifacial modules mounted on single-axis trackers. These panels, equipped with photovoltaic cells on the front and back, capture the sun’s direct rays on one side, and capture the rays reflected on the ground thanks to the other side, thus optimizing electricity production.

Al Kharsaah can supply 10% of the country’s peak power consumption and will avoid 26 million tons of CO2 emissions during its lifetime.

“After our recent entry in the giant LNG projects NFE and NFS alongside QatarEnergy, we are proud to announce today the start-up of the Al Kharsaah solar plant. This giant project, which contributed to the sustainability roadmap of Qatar, demonstrates once again TotalEnergies’ ability to support producing countries in their energy transition by combining natural gas production and solar energy to meet the growing demand for electricity”, said Patrick Pouyanné, Chairman and Chief Executive Officer of TotalEnergies. “This is another milestone in our long-standing and trustful relationship with QatarEnergy, also bringing us closer to our goal of 35 GW of production capacity by 2025”.

The power plant has been developed and is operated by Siraj 1, which is jointly owned 40% by the Consortium formed by TotalEnergies (49%) and Marubeni (51%) and 60% by QatarEnergy Renewable Solutions. The project includes a 25-year Power Purchase Agreement between Siraj 1 and the power grid operator Kahramaa.

The inauguration of the Al Kharsaah plant follows the recent selection of TotalEnergies as QatarEnergy’s first international partner for the North Field East (NFE) and North Field South (NFS) liquefied natural gas (LNG) projects. Participation in these projects will enable TotalEnergies to add 3.5 Mt/year of production to its global LNG portfolio by 2028, in line with the company’s goal of increasing the share of natural gas in its sales mix to 50% by 2030.

The inauguration also follows QatarEnergy’s recent announcement of a new solarization project for the Ras Laffan and Mesaieed industrial cities, with the support of TotalEnergies. With 900 MWp of installed capacity, this project will be a second major milestone in QatarEnergy’s strategy to reduce the carbon footprint of its facilities by 2030 and to develop 5 GW of renewable power generation capacity by 2035.

In addition, the use of 3,240 installed string inverters will further increase annual yield by allowing for better tracking of the maximum power point at the string level. The plant will also feature a semi-automated cleaning system for the solar modules that cleans the dust and sand off every single module once every four days.

In terms of power generation, the Al Kharsaah plant has a full capacity of 800 MWp that will be built in two phases of 400 MWp each and is set to be fully operational in the second half of 2022. During its first year of operation (P50 Year 1), it is expected to generate almost 2,000,000 MWh, the equivalent energy consumption of approximately 55,000 Qatari households.

A New Chapter for Energy in Qatar

The project represents a milestone in the country’s energy history, set to produce 10% of its peak electricity demand at full capacity and reduce CO2 emissions by 26 million metric tons over its lifespan.

Eni and Partners Transfer 30% Interest in Lebanon Blocks to QatarEnergy

Oman: TotalEnergies is Rolling Out its Integrated Gas Strategy