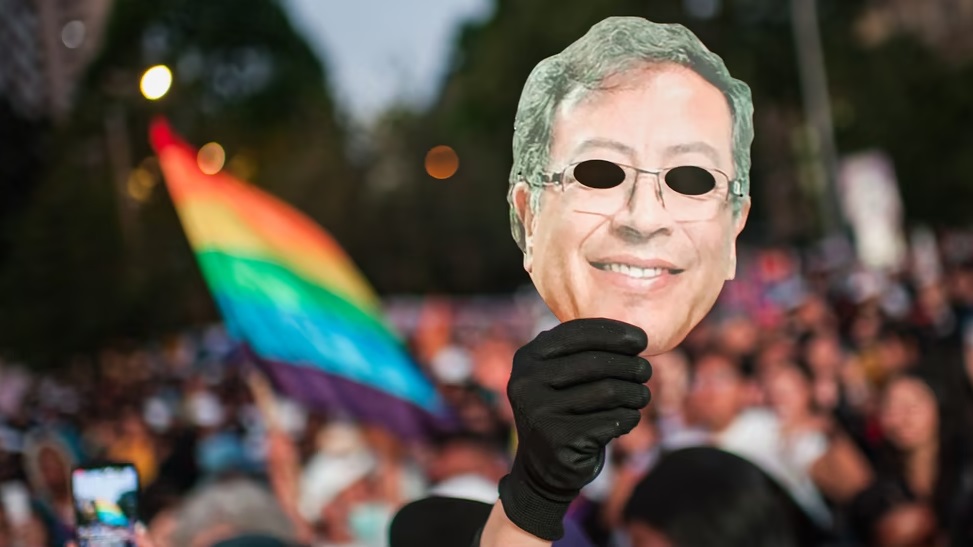 (The Atlantic, 20.Jun.2022) — The perplexing part of Colombia’s electoral choice of a former leftist guerrilla over a right-wing populist is how unheralded the success of the outgoing moderate was.

Which would you prefer? An elderly TikTok star who compares himself to Donald Trump? Or a former Marxist guerrilla who attended the funeral of Hugo Chávez? A candidate notorious for his radical flip-flops on public policy? Or a candidate notorious for his intolerance of any kind of disagreement or dissent? One who explained his praise for the Hitler dictatorship by claiming he had confused Adolf Hitler with Albert Einstein? Or one whose attempt to renationalize garbage collection in his city left mountains of trash piled in the streets?

Welcome to the Colombian presidential election of 2022. The second round of voting last night yielded a victory for candidate No. 2, the former guerrilla Gustavo Petro, over No. 1, Rodolfo Hernández. Obviously, either choice would have inscribed huge question marks over the future of one of the more successful democracies in Latin America.

But there’s another question mark, a retrospective one: How in the world did Colombia arrive at such a bizarre dilemma?

Colombia’s outgoing president, the moderate conservative Iván Duque Márquez, was barred from running again by the country’s strict single-term limit. In that four years, he oversaw a record of policy success unmatched in recent South American history. In return, he is leaving office with an approval rating in the low 20s, the worst any president has had in Colombian polling history. The party he belonged to has been wrecked and discredited.

I interviewed Duque on June 2, during a visit he made to Washington, D.C., and found him as baffled as anybody else by Colombia’s turn to extremism.

When Duque took office in 2018, he was only 42. Yet he seems as vexed by the impact of social media as politicians decades his elder. “The world has become very polarized,” he said. “Sound debates about policy issues don’t seem to be applauded today. It makes more applause if you decide to take a strong stand, even based on not-sound facts or on lies—but you get a lot of likes. That sometimes seems the temptation we have in modern politics.”

President Duque faced two big challenges in his four years in office: the COVID-19 crisis and the social collapse of neighboring Venezuela. He met both challenges in a careful, balanced, well-informed way.

On COVID, he rejected the dismissal and denial espoused by populists like Mexico’s Andrés Manuel López Obrador. Duque did not pursue dubious Chinese vaccines to win points from anti-American voters, as Peru’s leftist president, Pedro Castillo, did. Instead, Duque used the strong relationship with the United States built by Colombia’s moderate conservative leadership. Colombia qualified for the first exports of the Pfizer vaccine from the United States and began a national vaccination program early in 2021. As of mid-June, at least 70 percent of Colombia’s population has been fully vaccinated with safe and effective vaccines developed by Western democracies.

On Venezuela, Duque agreed with his country’s right that the Chávez-Maduro dictatorship was repugnant, no model for anyone to follow. He took a hard line against Venezuelan subversion and threats to export revolution to Colombia. At the same time, Duque extended refuge to Venezuelans fleeing the disaster in their country. He granted some 1.7 million Venezuelans the right to remain and work in Colombia for 10 years, the largest such temporary-protected-status program in the history of the Western hemisphere.

As he coped with these emergencies, Duque upheld Colombia’s trading relationship with the United States, ratified by the U.S.-Colombia free-trade agreement that entered into force in 2012. Thanks to this agreement, Colombia has enhanced its traditional exports of oil and coffee. The country now supplies three-quarters of all the cut flowers sold in the United States. Colombia has also emerged as the world’s No. 3 avocado producer.

Colombia is surging out of the pandemic with one of the fastest-growing economies in Latin America. In the first quarter of 2022, Colombia’s output expanded at an annual rate of 7.5 percent. Duque used some of this wealth to bolster the nation’s shaky social-insurance system. He abolished tuition for virtually all students in Colombia’s public colleges and universities.

Colombian society remains cleaved by the aftermath of the left-wing insurgency of the 1970s and ’80s, as well as by the opportunistic alliance those guerrillas formed with drug-trafficking cartels like the one once run by the notorious Pablo Escobar. A lengthy peace process produced an agreement signed in 2016 that provided amnesty for former guerrillas. But the settlement was intensely resented by the many Colombians whose family and friends had been kidnapped or murdered by the insurgents. That resentment became the basis for a more militant Colombian far right—a resentment then reinforced by anti-immigrant sentiment, with the influx of hundreds of thousands of Venezuelans asylum seekers into Colombia.

Colombia’s new president will inherit all of these challenges, plus soaring inflation and a possible recession in the United States, by far Colombia’s most important trading partner. That record made it no wonder that President Duque received such a fond goodbye from President Joe Biden on Duque’s farewell tour of the United States. In sharp contrast, President-elect Petro has made his career by exploiting his country’s social divisions, not healing them.

Americans may have come to take for granted Colombia’s very recent, hard-won, and fragile achievement of social peace. The democratic world will sadly miss President Duque, perhaps more than it yet knows.