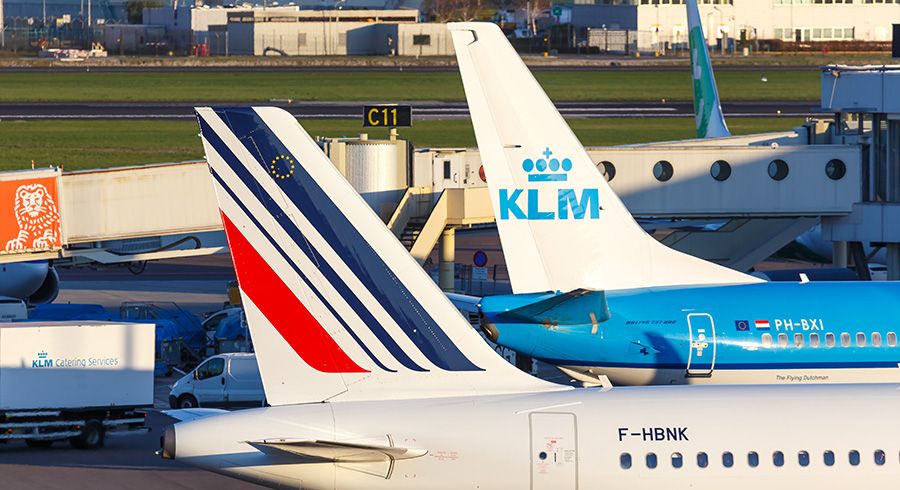 This sustainable aviation fuel will be produced by TotalEnergies at its biorefineries. It will be made available to Air France-KLM Group’s airlines, mainly for flights departing from France (in accordance with French legislation) and the Netherlands.

The sustainable aviation fuels produced by TotalEnergies reduce CO2 emissions by at least 80% on average over the entire lifecycle, compared with their fossil equivalent.

Air France-KLM has implemented a strict sourcing policy and is committed to purchasing only SAFs that do not compete with human food or animal feed, that are RSB* or ISCC** certified for sustainability, and that are not derived from palm oil.

With the signing of this MoU, Air France-KLM and TotalEnergies confirm their collaboration and their goal of furthering the development of a more responsible aviation sector.

A long-standing partnership in support of aviation sector decarbonization

In January 2020, Air France and TotalEnergies participated, alongside Safran and Suez, in the Call for Expression of Interest launched by the French government aimed at developing sustainable aviation fuel production in France.

Over the last two years, TotalEnergies has also supplied SAF for a number of Air France-KLM Group commercial flights:

“Biofuel development is one of our Company’s strategic priorities. This new partnership with Air France-KLM exemplifies the excellence of industry and French aerospace in committing to a more sustainable aviation sector. By directly reducing the carbon intensity of the energy products used by our air transport customers, we are actively working with them to achieve net-zero emissions by 2050, together with society,” said Patrick Pouyanné, Chairman and CEO of TotalEnergies.

With nearly 280 airlines supplied at more than 300 airports worldwide, TotalEnergies is one of the leaders in aviation refuelling in France, Europe and Africa. The Company offers a comprehensive range of products (SAF, Jet A-1, Avgas) and services to meet the needs of each of its customers: business and leisure aviation, the aerospace industry, airports, airlines, etc.